Barry Auctioneers, the sellers of the Victorian-era property in Cork City, highlight that JFK's motorcade passed the house that's for sale in 1963. 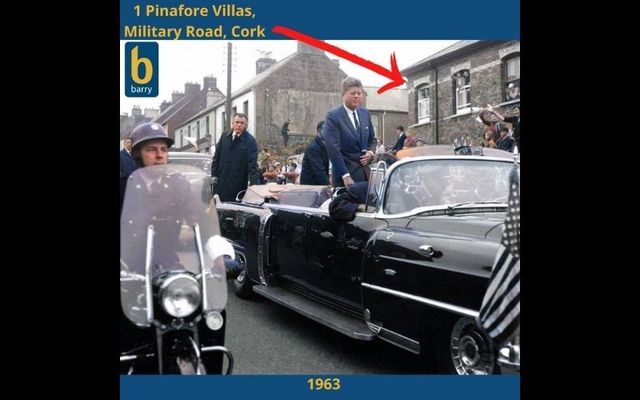 JFK's motorcade passes 1 Pinafore Villas (noted with a red arrow) in Cork City in 1963. The property is now for sale via Barry Auctioneers and Valuers.

Barry Auctioneers, who are managing the sale of 1 Pinafore Villas in St. Luke's, Cork City, have used a unique selling point to market the property, highlighting the house in a picture of JFK's motorcade passing through the city in 1963.

Posted by Barry Auctioneers and Valuers on Monday, February 14, 2022

The two-bedroom property, which dates back to the 1870s, was extensively renovated in 2017 after its current owners found it in a state of significant disrepair.

"The floorboards were rotten and some walls were crumbling," the owners told the Irish Examiner.

An interior wall also collapsed while renovations were being carried out, they said.

The owners additionally uncovered piles of old letters and newspapers behind the house's redbrick walls, while they found a small stash of now valueless money underneath the floorboards.

Located on Military Road, the terrace house was built for families of British soldiers and was named after the Gilbert and Sullivan operetta "HMS Pinafore", which opened in 1878.

The current owners have tastefully renovated the 807 sq ft home, giving the property a healthy mix of tradition and modernity.

A cast-iron fireplace located in the house's front sitting room is one of the original features to remain in the property, while a stain-glass door that previously served as the door to the house, now opens into the kitchen from the hallway.

The contemporary kitchen features several stylish grey units and a host of modern appliances, while it also boasts exposed stone walls and tiled flooring. A stylish arch framed by red steel beams leads from the kitchen to the dining area, which features a vaulted ceiling, skylights, and sliding patio doors. 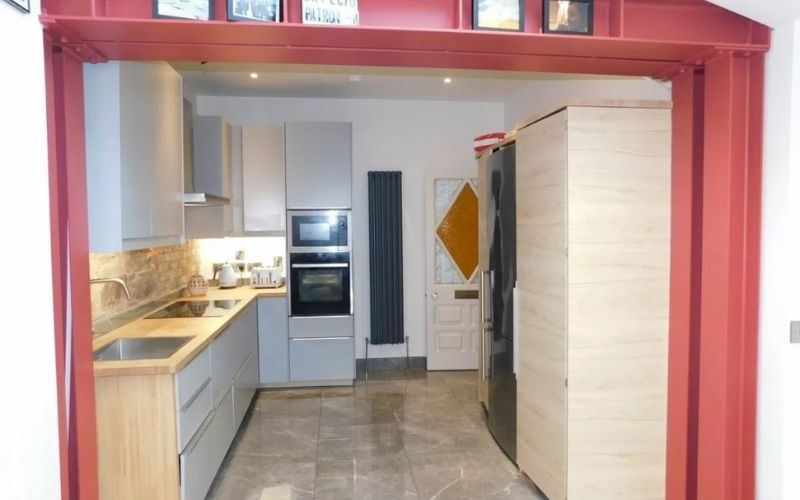 Upstairs, the property boasts a modern bathroom with a shower cubicle and a tasteful mix of modern and Victorian-era features, while the master bedroom has been redecorated in a pale pink color. The smaller bedroom, meanwhile, has been converted into a nursery. 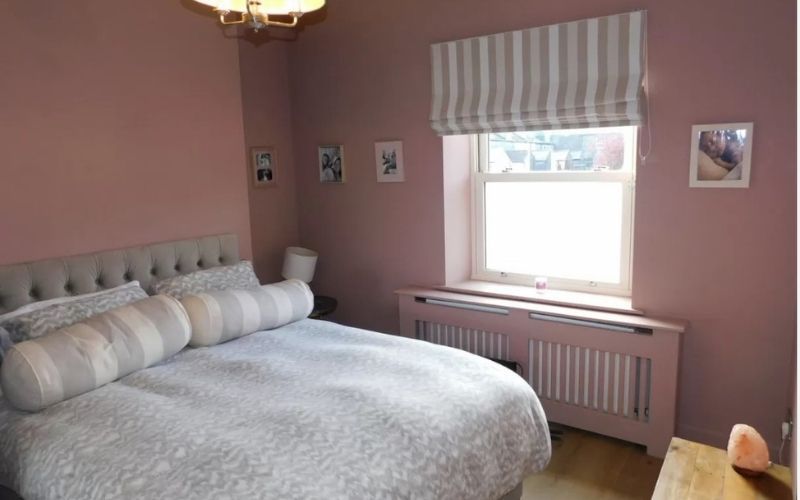 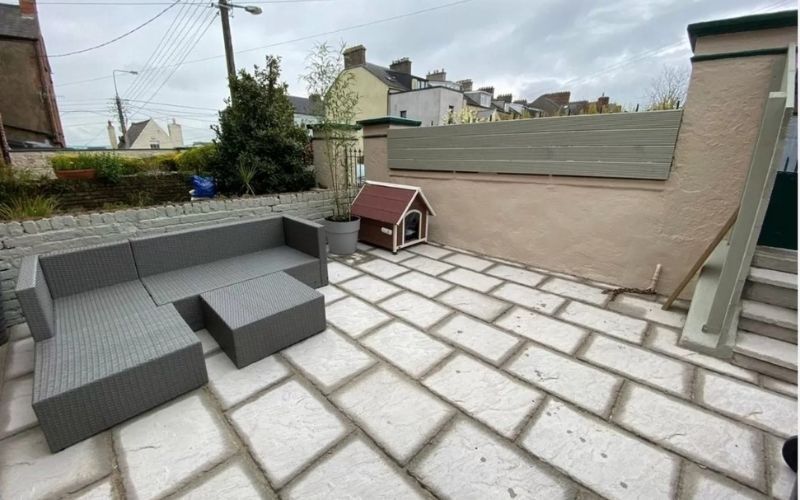 The owners used painted decking to raise the height of the walls and ensure privacy and have retained and repainted the garden's original railings, which are a protected structure.

Click here to find out more about the property from Barry Auctioneers.