The Hollywood legend's mid-century modern home in Thunderbird Heights is listed for $4.5 million. 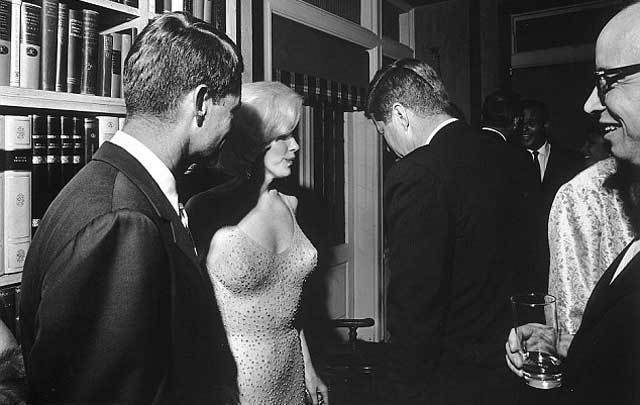 The mid-century home of Hollywood star and singer Bing Crosby, known for his roles in "White Christmas," "Holiday Inn," and "Going My Way," is on sale.

The California mountain retreat, located in Rancho Mirage, California, was a favorite of John F. Kennedy.  The former president allegedly visited the property so many times that its attached casita is known as the JFK Wing.

The home is rumored to be where JFK and Marilyn Monroe had their affair in the early 1960s, although, as Dirt.com reports, there are questions over whether it was this house  or Crosby’s other home in Palm Desert, where the president and famous Hollywood sex symbol conducted their tryst.

The estate, which stretches across 1.36 acres, is currently listed for $4.5 million, according to Homes and Gardens.

The home was a favorite place for Crosby, who died in 1977, to entertain friends and family. He lived in the home for five years.

"It is reminiscent of Old Hollywood glamour," says listing agent Linda Taglianetti of Douglas Elliman Real Estate told Palm Springs Life. "As the estate has an artistic feel with intricately carved entry doors and intricately carved doors leading to the sumptuous master suite, I believe it is a fusion of art and architecture."

Constructed in 1957, the 6,700-square-foot ranch-style property has a total of six bedrooms and six bathrooms, including the casita , which is named after the 35th U.S. president.

Also included in the home is a theater room, and a 1,400-square-foot primary suite with a large walk-in closet, indoor and outdoor showers and a fireplace, reports People. The kitchen features stainless steel appliances and a sub-zero refrigerator, as well as a glass wall that looks out to the backyard, which has a large pool and spa amenities.

The guest house boasts two bedrooms and two bathrooms, a kitchen and a living room.