"Women of Honour" paints a grim picture of life as a female member of the Irish Defence Forces and details devastating personal and professional implications of abuse. 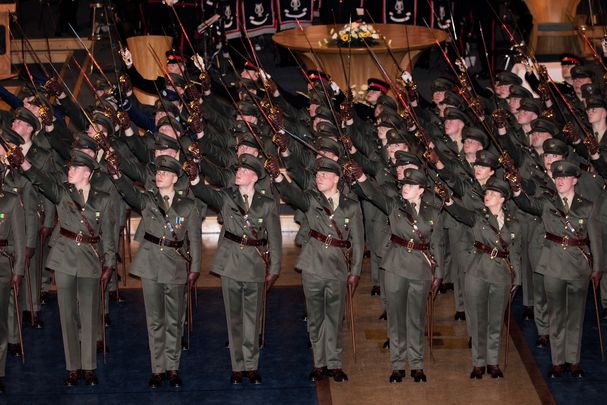 Women in the Irish Defence Forces have revealed horrifying details of sexual and jobs abuse by their male colleagues.

Women of Honour, a documentary special on RTE Radio One, painted a grim picture of life as a female member of the forces and detailed devastating personal and professional implications of abuse and attempts to report it.

Former Captain Yvonne O’Rourke told presenter Katie Hannon of an incident in her 20s where she was assaulted by a senior officer in a nightclub.

O’Rourke, who is now 47, said, “A man came up right behind me. He had a hand to the left and to the right of me…I felt like I was pinned to the bar.”

She was not a big drinker at the time, but the senior officer told her to “drink the beer, get that beer, drink that now.”

The alcohol quickly took effect and O’Rourke felt unwell. The officer insisted on bringing her home.

She did not remember the rest of the night, but woke up the next day in pain and “feeling humiliated, violated.”

“He should not have been anywhere near me – he was an officer, he was a senior officer, and in my mind, he completely abused his rank. He abused his authority. He abused absolutely everything, and he abused me.”

She said she developed bulimia as a result and tried to take her own life.

“I hated myself. I hated everything I had stood for,” she said.

O’Rourke spoke of how she received poor performance reviews for the first time for the years 2010 and 2011 despite being on maternity leave. She was told she could not go on a training course which would enable her to advance to the rank of commander as a result of the reviews.

Hannon said she spoke to three more former officers who said they were raped in their beds while working in the force.

Karina Molloy, 59, who was the first woman to reach senior non-commissioned officer rank as company quartermaster sergeant and is now retired, told The Irish Times the kinds of incidents detailed in the documentary “are still going on.”

Molloy told how, on her first overseas mission, she was summoned to the officers’ mess for her 24th birthday by a senior officer who said he had a present for her. He gave it to her in front of her male colleagues.

“I opened it and it was a pair of rather sexy knickers, but to my horror, I read written in the crotch of the knickers, ‘I wish I was here,’” she said.

She told of sexual harassment by a senior officer who attempted to rape her when he arrived at her room after midnight, “very drunk,” but she was able to push him off and ran out of the room.

She and others in Women of Honour are calling for an independent inquiry and for Defence Minister Simon Coveney to “acknowledge and apologize” for “what happened and is continuing to happen.”

A Department of  Defence source told The Irish Times that Coveney will make a “full statement” later this week on alleged intimidation, harassment, discrimination, sexual assault, and attempted rape of women in the Defence Forces over three decades.

Listen to "Women of Honor" here.