Eric Eoin Marques, a dual citizen of the US and Ireland, has been described as the “largest facilitator of child pornography in the world." 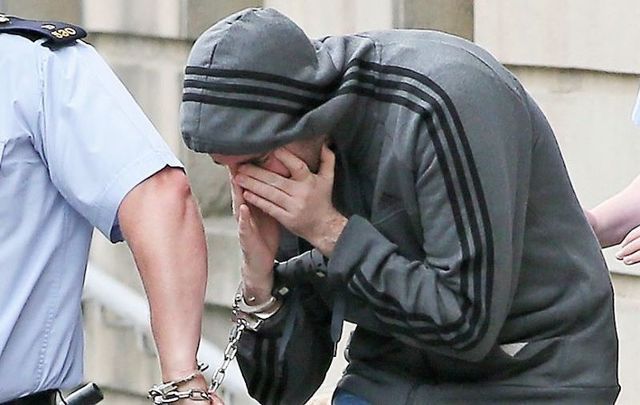 August 15, 2013: Eric Eoin Marques is taken from the High Court in handcuffs from custody after his extradition case to the US. RollingNews.ie

Eric Eoin Marques, the Irish man who pleaded guilty to advertising child pornography on the dark web, was sentenced to 27 years in US federal prison on Wednesday, September 15.

Marques, 36, has also been ordered to pay restitution of $87,000 to victims of the child pornography that he helped distribute, the Associated Press reports, and will also face lifetime supervision after his release.

“I have destroyed my reputation and my family’s reputation. Please give me a second chance,” Marques reportedly told US District Judge Theodore Chuang prior to sentencing.

“This crime was truly despicable,” Judge Chuang said, who in May had rejected an original plea deal that involved a prison sentence of 15 to 21 years for Marques.

Jon Lenzner, the US Attorney for Maryland, told RTÉ News after Wednesday’s sentencing that Marques will also face lifetime supervision after his release.

He added: “It was important to get a sentence that not only tells those out there that we will find  you and hold you accountable for trading in child pornography, but also to the victims, to make sure they know that law enforcement, here and overseas, are committed to finding the criminals who exploit them and that, when we can, seeking restitution for them.”

An Irish man has been sentenced to 27 years in prison by a US court. Eric Eoin Marques, 36, Dublin, was described as the world's largest facilitator of child abuse images. | Read: https://t.co/QkTUU2qKXM pic.twitter.com/iXNDccrkJr

Marques, a dual citizen of Ireland and the US, was born in New York and moved to Ireland when he was five years old. Federal criminal charges were lodged against Marques in Maryland in August 2013, and he was ultimately extradited from Ireland to the US in March 2019.

In February 2020, Marques pled guilty to conspiracy to advertise child pornography on the dark web.

At the time, Brian A. Benczkowski, Assistant Attorney General of the Justice Department’s Criminal Division, said: “The defendant’s anonymous web service hosted dozens of insidious criminal communities dedicated to the sexual exploitation of children and spread millions of images of that abuse."

According to the original plea deal, Marques conspired between July 24, 2008, and July 29, 2013, to advertise child pornography by operating a free, anonymous web hosting service (AHS) located on the “dark web” allowing users and website operators to remain anonymous or untraceable.

The investigation revealed that the AHS contained over 8.5 million images of child exploitation material and over 1.97 million of these images and/or videos involved victims that were not known by law enforcement.

Marques admits that this offense also involved the distribution of child pornography, which involved minors who were less than twelve years old, including infants and toddlers, and sadistic or masochistic material or depictions of violence. Marques further admits that he willfully obstructed or impeded the administration of justice with respect to the investigation into this offense.