Dual American-Irish citizen Eric Eoin Marques pled guilty in February 2020 to conspiracy to advertise child pornography on the dark web as part of a plea deal. 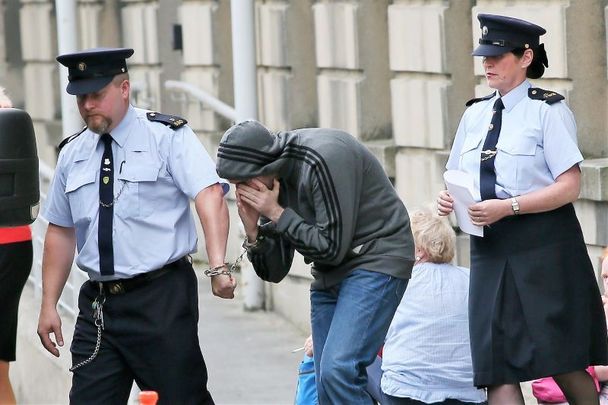 A Maryland judge rejected a plea deal that would have handed down a possible 21-year prison sentence to an Irishman described as the world's largest purveyor of child pornography.

Dubliner Eric Eoin Marques admitted in February 2020 to conspiracy to advertise child pornography on the dark web as part of a plea deal that would have seen him serve between 15 and 21 years in prison.

As part of the deal, he admitted that he distributed child pornography on an anonymous web hosting service between July 24, 2008, and July 29, 2013.

Marques, who holds both Irish and American citizenship, was arrested in Dublin following a Garda raid on his home. He was subsequently extradited to the United States by Irish authorities in March 2019.

Marques was due to be sentenced on Wednesday, May 12, but the matter was adjourned until June 25 after Judge Theodore Chuang rejected the plea deal agreed between the prosecution and defense.

Chuang said that the agreement between prosecution and defense was "too flawed" because there is no provision to give Marques credit for the six years he spent in Ireland. He said that he can't ask the Bureau of Prisons to refrain from counting those years as part of Marques's sentence and said that he wasn't inclined to accept a maximum 21-year prison term in any case.

Chuang is not bound by the terms of the Justice Department's plea deal and is prepared to impose a longer sentence.

"I want a sentence higher than that. It’s not going to be 21 minus 6 to 15. That’s not going to happen. I don’t have to follow what you all did. It’s clear neither of you really understood what you were doing," Chuang said on May 12.

Marques is entitled to withdraw his guilty plea from last year if Chuang rejects the plea deal and his defense attorney Brendan Hurson told the judge that his remarks gave them a "platform to negotiate further".

Hurson said that they will look for time to set a trial date if they can't make any headway.

Chuang scheduled a hearing for June 25 for attorneys to provide a status report.

Prosecutors described Marques as the largest purveyor of child abuse images in the world and previously asked for a 21-year sentence.

They said that websites operated by Marques contained images and videos of some of the most heinous crimes against children and said that even though Marques didn't directly commit the crimes, he was still culpable for the harm caused.

They alleged that users had to submit new images of child pornography to gain access to some of the websites. They also said that it was like repeating the abuse repeatedly when the images and videos were circulated.

Marques was living in Ireland at the time of the offenses and used an encrypted server in France to host more than 200 websites that allowed users to upload and download child pornography.

On the other hand, the defense argued for a 15-year sentence, citing Marques's time served in Ireland.

They said that their client accepted that he was wrong and deserved to be punished but disputed the prosecution's claim that he made $3.6 million from selling child pornography on the dark web.

They also questioned the exact number of images found by investigators.

However, prosecutors said that the full extent of Marques's crimes was not known as investigators were only able to access a "tiny sliver" of data because the rest was encrypted.