IrishCentral speaks to the creator and host of An Irishman Abroad, Jarlath Regan, about reaching the milestone and his personal highlights along the way. 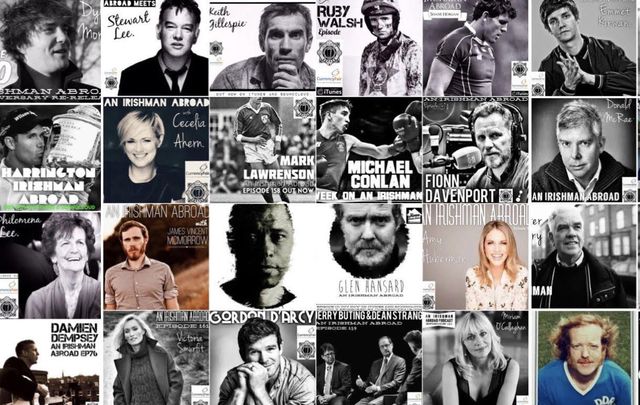 An Irishman Abroad turns 8! Just a sampling of the incredible people who have been featured on this majorly successful podcast. Jarlath Regan

This week marks the 8th birthday of  Ireland’s number one podcast for the diaspora, An Irishman Abroad. Jarlath Regan's The Irishman Abroad series has consistently offered rare and often beautiful long-form interviews with the best-known Irish immigrants of all time.

The list of previous guests of the Irishman Abroad podcast reads like a who's who of the greatest Irish people of all time - Bob Geldof, Gabriel Byrne, Mary Robinson, Brian O’Driscoll, and Hozier to name just a few of the hundreds interviewed. But it’s the sheer quality of conversation in each episode that has earned the series millions of downloads, a legion of devoted listeners, and a collection of prestigious awards.

“Honestly, I didn’t know if it would work”, Jarlath Regan admits, “When I started making the first episode in 2013 all I knew was that I loved great chats where the interviewer had done their research, paid attention, and listened to the answers rather than cutting in with the next question.” 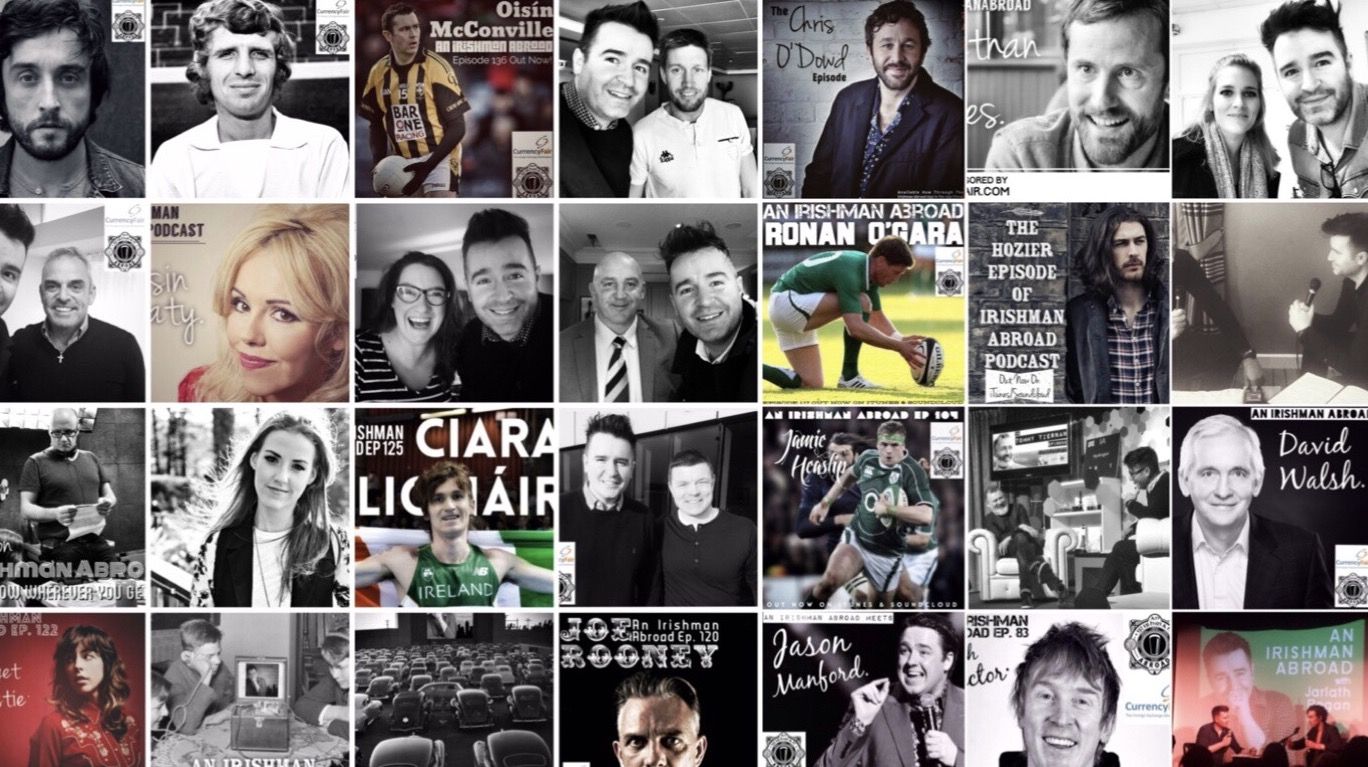 The format certainly helps. Unlike other formats, the world has come to understand that the space and time allowed in podcasts give both interviewers and subjects the chance to relax. As the world cottoned on and came to love podcasts the short-lived celebrity podcast quickly became a dime a dozen.

Irishman Abroad remained a constant as the surge came and went.

“I’m obviously proud to say that we have 500 plus episodes from the last 8 years with the likes of Paul McGrath,  Colm Meaney, Loah, Lisa Hannigan, Dylan Moran, and Sharon Horgan. But I’m probably just as proud to have never missed a week in that time. Very few people get to say that.” 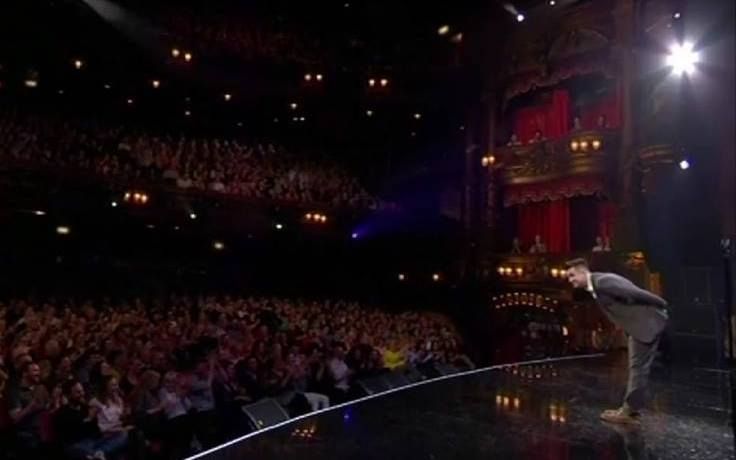 Over time the series has become more than just a glut of content, it’s a community where listeners join together to support the continued creation of the show and receive exclusive episodes in return. But this global Irish village mentality that feeds the Irishman Abroad series does not stop with those that listen.

“I’m still in contact with 90% of the guests. I think that’s another benefit of it being a one man band and the intimacy of the show. More often than not, we walk away as friends on some level.”

Regan explains that these friendships are a large part of why the show has continued to blossom and gain even bigger guests. 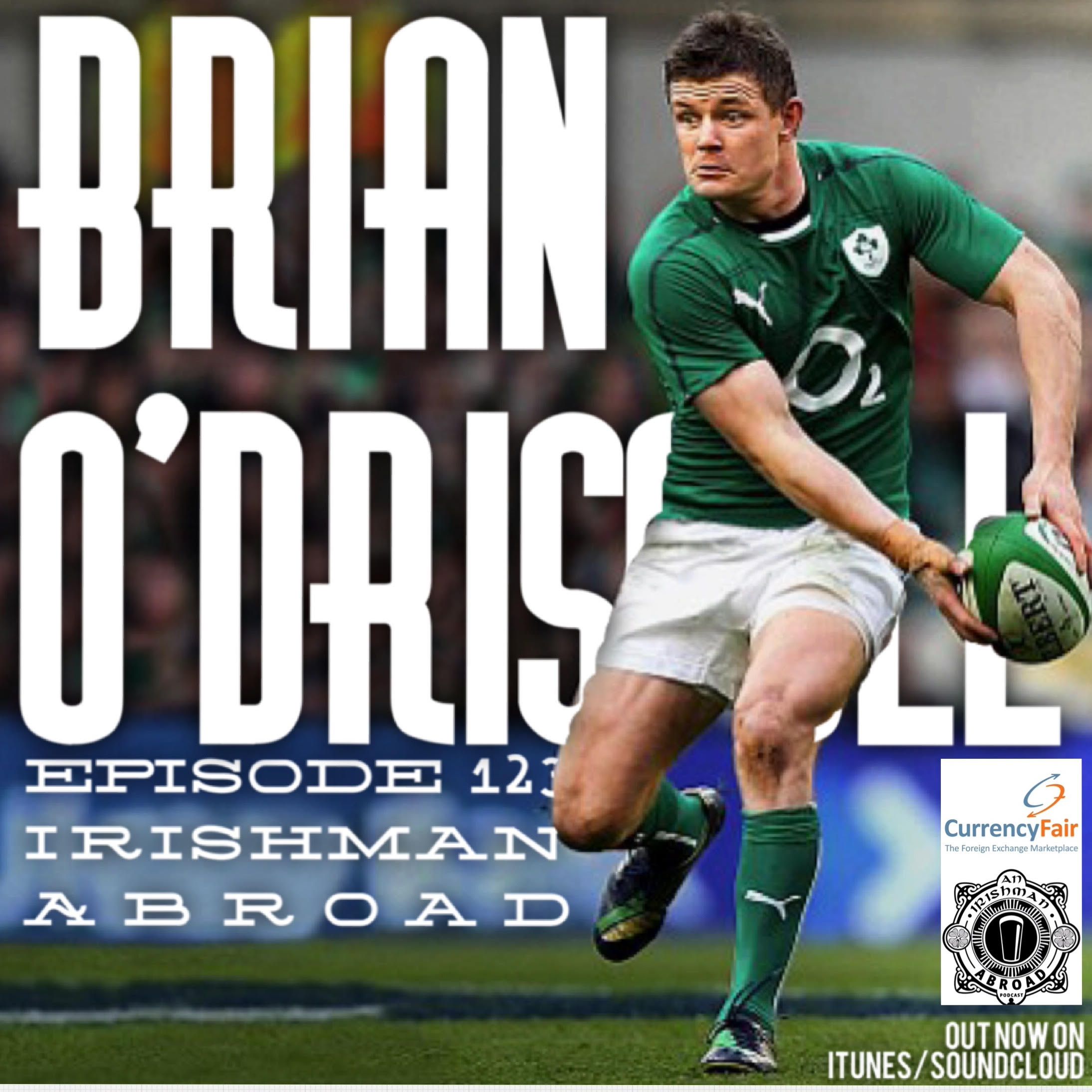 The growth of the series has been exponential in recent years with Jarlath creating spin-off series on US politics (Irishman In America), basketball (Irishman Inside Basketball), true crime (Irishman Behind Bars), toxic masculinity (Men Behaving Better) and as mentioned wellness (Irishman Running Abroad).

How does he find time for his original job as a standup comedian?

“It was a balancing act until the pandemic arrived and I was forced to put all my eggs in the podcast basket for a while. That hasn’t stopped me from self-producing a standup special for RTE  an online comedy club that raised a bunch of money for charity and now we have our own socially distanced in-person standup comedy club that I’m hoping to tour when things get going again.”

Has there been one moment that stands out from the last 8 years of podcasting?

“There’s so many I barely know where to start. Winning our first big award from iTunes was a huge moment, the first million downloads were special, recording episodes in front of sell-out crowds in London was a hair on the back of your neck moment. I recorded an episode with my wife recently and that really stands out.

"If you pushed me I’d say a recording from my hospital bed after successfully donating a kidney to my brother in Minnesota would have to be one of the biggest moments.

"At times it’s been exceptionally tough. It’s still hard but the listeners and the guests have always been the reason the thing keeps going. I get so many emails from people in the farthest corners of the world telling me what the show means to them, how this episode got them through a difficult time. It would break and mend your heart to read some of these emails from lads saying how much they miss home, cycling to work with tears in their eyes listening to these Irishman Abroad conversations. I don’t think I can ever stop making it knowing what it means to these people that tune in each week.”

If you would like to hear all of the Irishman Abroad episodes from the last 8 years and support the continuation of the series simply sign up here.