Irish poet Seamus Heaney, who died on August 30, 2013, described his own journey through life best in his beautiful epitaph. 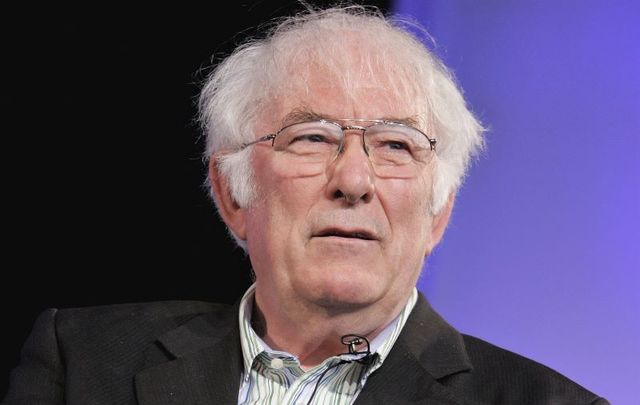 Seamus Heaney was perhaps Ireland's most beloved poet during his lifetime. Getty Images

Seamus Heaney, the Nobel Prize-winning Irish poet, passed away on this day August 30, in 2013.

I only met Seamus Heaney a few times but knew him enough to recognize his extraordinary personal gifts and not just his poetry.

He was as ordinary and down-to-earth in person as the son of a farmer from rural Derry could be.

There was a razor-sharp mind, of course, but unlike most poets, no affectations or attempts to bewilder rather than explain.

His parting epitaph on his gravestone in Derry, which I’m very proud to note we published exclusively, fits the man perfectly:

“Walk On Air Against Your Better Judgement”

That was him his whole life, a rural farmer’s son from a war-torn region who won the Nobel Prize in Literature and insisted on believing in the marvelous.

He explained the line that would become his epitaph to the Harvard Crimson in 2008: “A person from Northern Ireland is naturally cautious. You grew up vigilant because it’s a divided society.

"My poetry, on the whole, was earth-hugging, but then I began to look up rather than keep down. I think it had to do with a sense that the marvelous was as permissible as the matter-of-fact in poetry.

"That line is from a poem called 'The Gravel Walks,' which is about heavy work—wheeling barrows of gravel—but also the paradoxical sense of lightness when you’re lifting heavy things. I like the in-betweenness of up and down, of being on the earth and of the heavens. I think that’s where poetry should dwell, between the dream world and the given world, because you don’t just want photography, and you don’t want fantasy either.”

I also believe the lines refer to his marvelous astonishment that the peace process in his own benighted part of the world had succeeded despite everyone’s better judgment that it would fail.

The conversations I had with him always returned to that point, to the fact that an intractable war, horrific killings, seemingly unsolvable issues had all somehow been overcome in the name of peace.

For pessimistic people, in so many ways, it was a fantastic imaginative leap to make the peace happen.

I attended the August 2013 vigil for Heaney at the church in Donnybrook near his Dublin home. It was extraordinary to see how many ordinary people showed up, not just the literati and glitterati.

The ordinary Irish embraced him too in a unique way – I don’t think any other Irish writer could have received such homage. He was always Seamus, not Mr. Heaney.

It was a very moving sight in the church that night.

Now he has left us with his final words, typically encouraging and exhorting us to dream.

Believe in the marvelous, the impossible, the unattainable, as he did all his life. He achieved it, too.

He was truly an inspirational figure and remains one.