Who do you think will be crowned the 2022 Rose of Tralee? Paddy Power has spoken! 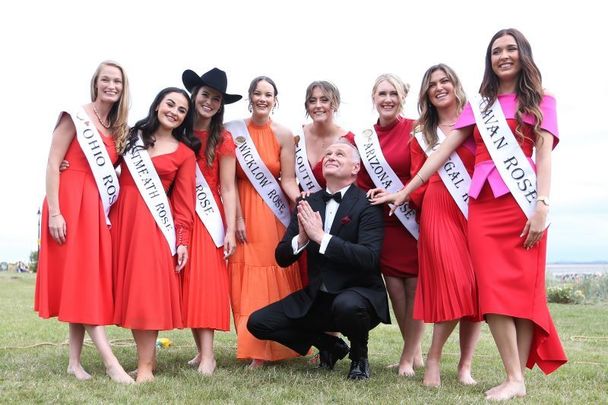 With the Rose of Tralee International Festival set to kick off later this week, Paddy Power has revealed that it is the Texas and Kerry representatives who are attracting the vast majority of early interest from bettors.

Dallas native Arden Stringer is now as short as 5/2 to take home the crown for Texas, while journalist Éadaein O’Connell is hot on her heels at odds of 9/2 to become only the second Rose ever to hail from the host county to win.

Sun, sand and Stetsons at the press launch for this year’s Rose of Tralee International Festival!

Posted by Rose of Tralee International Festival on Tuesday, August 16, 2022

Tipperary's Aisling O'Donovan and Cork's Jenny Byrne are also amongst the frontrunners at 6/1 and 12/1 respectively, while Sydney's Máiread Brennan is rounding off the top 5 in the betting at 16/1.

Elsewhere, the New York, Galway, Wicklow, and Wexford Roses are all inseparable at 20/1, while the Dublin, Sligo, and Derry Roses are viable at 33/1.

Rachael Kane, a spokesperson for Paddy Power, said: “Absence makes the heart grow fonder and it would appear as though our punters are delighted to have the Rose Of Tralee back, with a solid flow of interest in the run-up to the live shows.

"It’s early days, and we expect the odds to change more often than Dáithí Ó Sé’s tie come the live shows when close to 90% of all bets will be struck.”

On Tuesday, the Roses visited Dublin and Tipperary for day four of their Irish tour.

The party shifts into high gear this Friday, August 19 when the Roses arrive in Tralee, Co Kerry for a weekend of events. The selection process will air on RTE on Monday, August 22, and Tuesday, August 22.