The New Zealand singer-songwriter Lorde gets her Irish ancestry from her father and says they are "very much an Irish family." 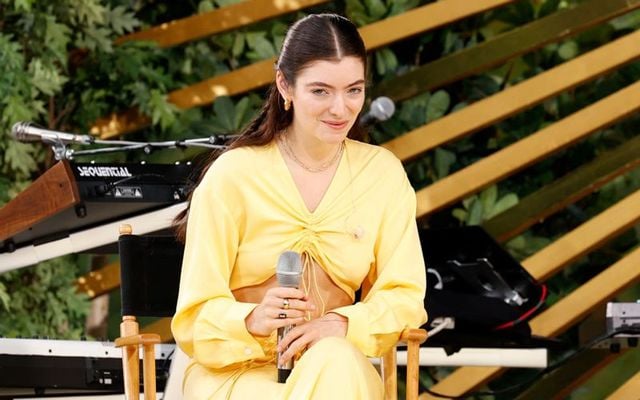 Grammy Award-winning performer Lorde talks about her Irish roots and imagines what it would be like to enter the Rose of Tralee.

The New Zealand singer-songwriter, who was born Ella Marija Lani Yelich-O'Connor, gets her Irish ancestry from her father, whose family emigrated from Ireland.

She told Ray Darcy of RTÉ, Radio One: "We are very much an Irish family. I – horribly – have yet to properly visit Ireland and make that connection, but it was on my list right before the pandemic happened, so I’m hoping I can have a do-over."

Although the 24-year-old international star has not yet set foot on Ireland, she is well acquainted with the Rose of Tralee.

The Rose of Tralee International Festival is typically held annually in Tralee, Co Kerry. Every year, the festival crowns one woman representing a county in Ireland or an Irish community abroad (including, as Lorde mentions, New Zealand) as its Rose.

The Rose of Tralee is not chosen on appearance, but on personality and suitability to serve as ambassadors for the festival and for Ireland.

The festival was canceled for the first time in its 61-year history last year due to the pandemic and was also canceled this year. It is expected to return in 2022.

*Exclusive* Internationally Acclaimed Artist and Grammy Award Winner - Lorde discussed her affinity with the Rose of...

Posted by Rose of Tralee International Festival on Thursday, September 23, 2021

Any woman of Irish birth or ancestry can enter the event, so Lorde would be eligible to enter -- although with a new album and an upcoming tour next year, the singer will likely be too busy!