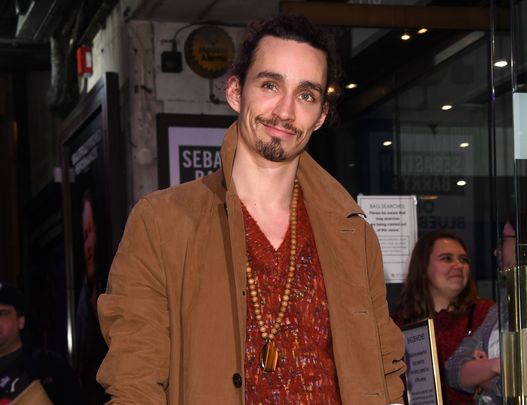 Amidst the unnerving times of the COVID-19 pandemic, we're all staying safe at home. With that in mind, IrishCentral decided we should spread a little distraction as often as we can with our Happy Hours.  Today we bring you County Laois star, Robert Sheehan, reading a classic short story by Oscar Wilde, The Happy Prince.

Not for the faint of hearted, this beautiful Oscar Wilde short story will bring you hope, a demonstration of the selflessness of others. We think Robert Sheehan's wonderful energetic a voice gives this story wings:

The Happy Prince, by Oscar Wilde

The story of The Happy Prince was the title story in The Happy Prince and Other Stories, a collection of stories for children by Oscar Wilde, first published in May 1888. It contains five stories: "The Happy Prince", "The Nightingale and the Rose", "The Selfish Giant", "The Devoted Friend", and "The Remarkable Rocket".

In a town where there are a lot of poor people who suffer, a swallow who was left behind after his flock flew off to Egypt for the winter, meets the statue of the late "Happy Prince", who in reality has never experienced true sorrow, for he lived in a palace where sorrow was not allowed to enter... You'll have to listen-in above to find out the rest!

Who is Robert Sheehan?

Robert Sheehan, of Portlaoise, County Laois, is an Irish actor and restaurant owner. He's best known for his roles in the British sci-fi series Misfits (Nathan) the Irish gangster TV series Love/Hate (Darren) and his newest and most popular character in Netflix's The Umbrella Academy (Klaus Hargreeves).

He's also made a big impact on the silver screen, such as his roles in Mortal Engines and The Mortal Instruments: City of Bones.

Are there other stories you'd like to hear read aloud? Let us know at Editors@IrishCentral.com.