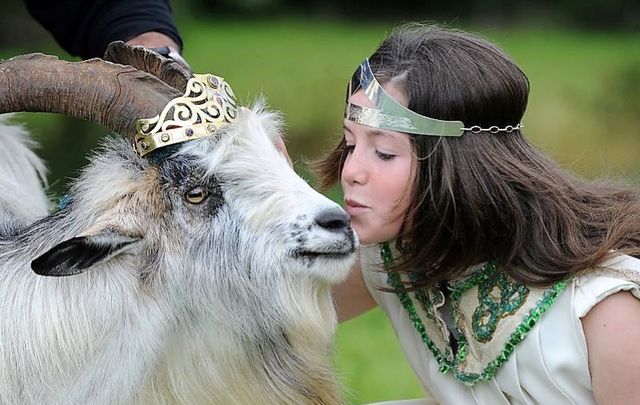 Puck Fair organizers have launched a GoFundMe to help offset costs for the annual volunteer-run festival in Killorglin, Co Kerry.

On their GoFundMe page, organizers wrote: “Providing all of this does not come cheap, however, we have managed so far through sponsorship, grant-aid, and a substantial amount of begging, borrowing, and making do!”

“Costs are rising, particularly where insurance and medical cover is concerned.  We need your support to ensure this famous festival can continue to be held each year.”

They added: “All contributions raised through this campaign will go directly to the fair and will be used to offset some of the spiraling costs.  In order to thank you for your support, your name, if provided, will be noted and published on our website under the following classifications:

Read More: The pagan origins of King of the goat’s Puck Fair

Declan Falvey, chairman of the Puck Fair committee, said: "It got to a point this year where we had to reevaluate our plan of action in terms of funding such a large-scale event with a very modest budget."

"We pride ourselves on providing the public with an event that is free of charge; free entry, free entertainment – you name it. But with running costs rising across the board, we had to come up with a plan B."

"When the idea of a GoFundMe campaign was suggested it seemed like a no brainer. Puck is an event that is 100 percent for the people, so we’re giving those that enjoy it most the opportunity to invest in its legacy."

"If everyone who has enjoyed the festival over the years gave just a few euros towards keeping this cherished tradition going, you can be sure Puck Fair’s story will continue for years to come."

What is Puck Fair?

Every year in Killorglin, Co Kerry, a goat-catcher goes up into the mountains to catch a wild goat. The goat is brought back to the town and the Queen of Puck, traditionally a young schoolgirl from one of the local primary schools, crowns him King Puck, kicking off three days of celebrations.

This year's Queen of Puck is Maeve McCarthy:

On the third day, King Puck, minus his crown, is returned to his mountain home.

While Several theories regarding the origin of Puck Fair exist, festival organizers say of Puck Fair: "It is a time when old friends meet, when new friendships are forged, and the cares of everyday living are put on hold."

Have you ever been to Puck Fair in Co Kerry? Let us know about it in the comments!