Picture Post magazine commissioned the poet to go to the ancient fair and write a piece about it but such work never materialized. 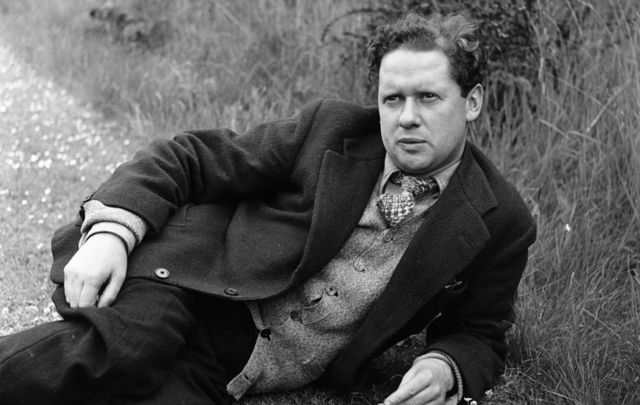 In August 1946, Welsh poet Dylan Thomas and his wife Caitlin spent four days at Puck Fair in Killorglin. They were accompanied by their friends Bill and Helen McAlpine.

Caitlin MacNamara, who married Dylan Thomas in 1937, had strong Irish roots. Her grandfather was the squire of an estate in County Clare, today that very estate is known as the Falls Hotel in Ennistymon.

Puck Fair, held every August in the Kerry town of Killorglin, can be traced back to 1603 when King James I granted legality to the fair. For Dylan Thomas, the trip was supposed to be purely work-related but of course, it didn’t turn out that way!

Picture Post magazine commissioned the poet to go to the ancient fair and write a piece about it but such work never materialized. The two couples rented bicycles with the aim of transporting themselves from their accommodation outside Killorglin town to Puck Fair over the four days but when Thomas and McAlpine cycled into the town on the first day of the fair they failed to make it back to their lodgings until two days later. 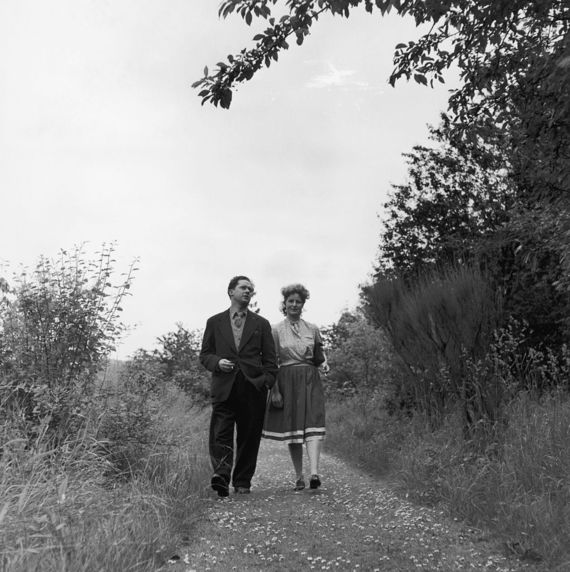 Dylan Thomas along with his friend Bill McAlpine, who hailed from the north of Ireland, succumbed to the outrageous craic that was aplenty in the town of Killorglin during Puck Fair.

It was a time of year that would see pubs trade with a special 24-hour license over the four days of the age-old fair, and this fact alone would lead to the Welsh poet finding himself unable to carry out the work he had been assigned to do by Picture Post magazine.

McAlpine and Thomas drank non-stop over the first two days of Puck Fair. Caitlin Thomas later claimed that when both her husband and his friend Bill McAlpine cycled into Killorglin on the first day of the fair, they picked a pub in the bustling town where they stood at its bar and sank Guinness for two days straight.

It is said that while he was still able to stand and write, Dylan Thomas scribbled bits of poetry on scraps of paper at the bar. Unfortunately when he became so inebriated the scraps of paper were left behind on the bar and then thrown away with the rest of the other rubbish in the pub! 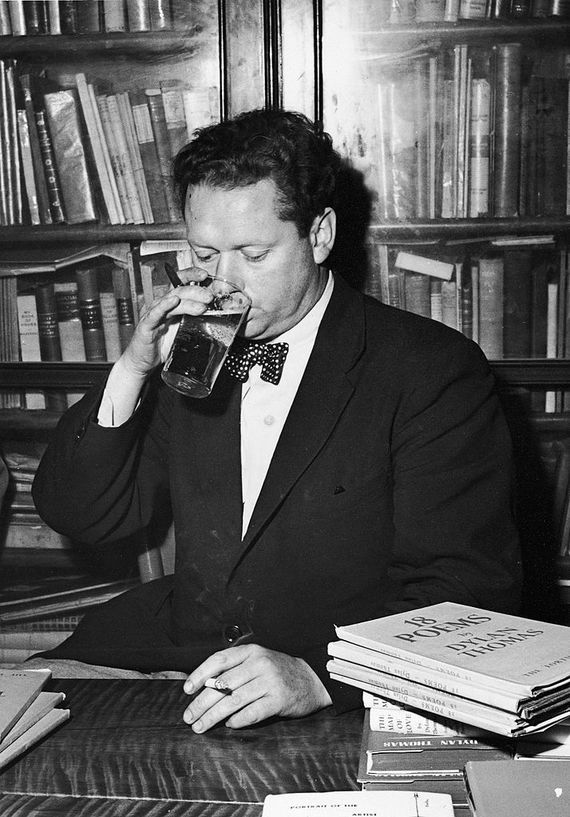 Welsh poet Dylan Thomas (1914 - 1953) drinking a glass of beer and smoking while seated at a desk with stacks of his books of poetry, New York City, c. 1950. (Photo by Hulton Archive/Getty Images)

By the end of the second day of the fair, the two men were completely and utterly worn out and unable to talk or walk due to their excessive intake of booze. With the help of some amused locals, both Thomas and McAlpine were hauled onto the back of a lorry along with their bicycles and were driven back to their lodgings outside the town.

After his trip to Kerry, Dylan Thomas vowed never to drink again. It was a vow he failed to keep.

Seven years after his short yet stout-soaked trip to County Kerry, Dylan Thomas died in New York City on November 9, 1953, at the age of 39.