Profiles in Pride: Panti Bliss, the future president of Ireland?

Celebrating Irish icons, past and present from the Irish LGBTQ community for Pride. Here, a look at Dr. Rory O'Neill, aka Panti Bliss. 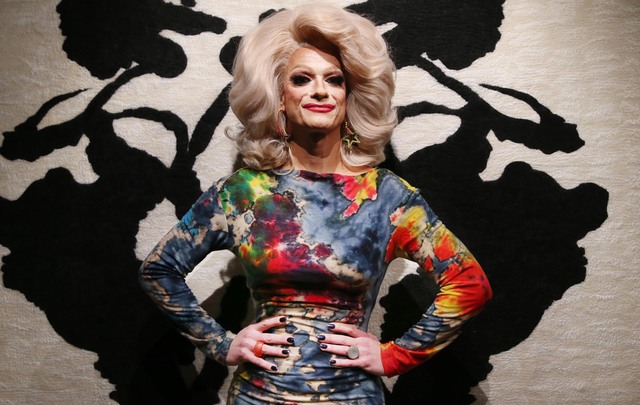 In his mother's words, Rory O'Neill (also known as revolutionary drag queen Panti) has “always been his own man.” And woman. And national treasure.

Editor's note: IrishCentral presents 'Profiles in Pride,' a celebration of inspiring people from Ireland's LGBTQ community both past and present.

Finding himself being sued by a quartet of Irish conservative journalists for suggesting that they wrote homophobic articles, he soon found himself become an unwitting cultural lighting rod in the lead up to the successful 2015 marriage equality referendum. 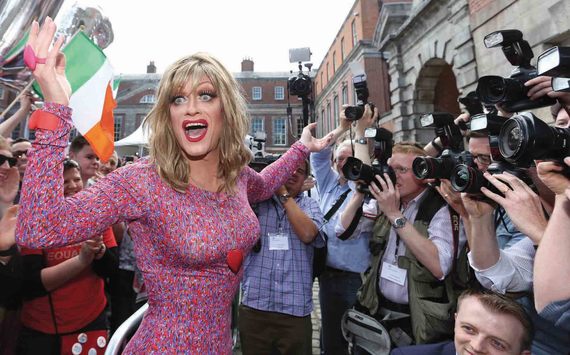 Panti at the announcement of the Irish Marriage Referendum in 2015.

But the success of that historic venture was by no means assured when he was being served with solicitors letters. To their lasting shame RTE, Ireland's national broadcaster, took down his interview and made sizable payments to the aggrieved parties before he even had a chance to address the controversy himself.

So Panti did what every drag queen who has something to get off her chest does, he took to the stage and gave them all a dressing down for the ages. In gay parlance, he read them for filth. In the parlance of the Irish establishment, he gave the greatest political speech since Parnell in his heyday.

The next morning he awoke to find himself an international viral celebrity. Madonna shared his speech, so did tennis legend, Martina Navratilova. The phone was ringing off the hook and his email account exploded. This was heady stuff for a self-described glamorous barmaid.

It's hard to grasp just how much Ireland changed. Raised in one of the most conservative nations in Europe as a child, he is now a citizen of one of the most liberal, and he literally embodies the changes that have come to the island nation.

Now referred to by the honorific The Queen of Ireland, he's probably a shoo-in to be the Irish President if he ever gets the urge. There's no doubt that his cri de coeur changed Irish history.

Here is Panti's noble call, his speech at Abbey Theatre: