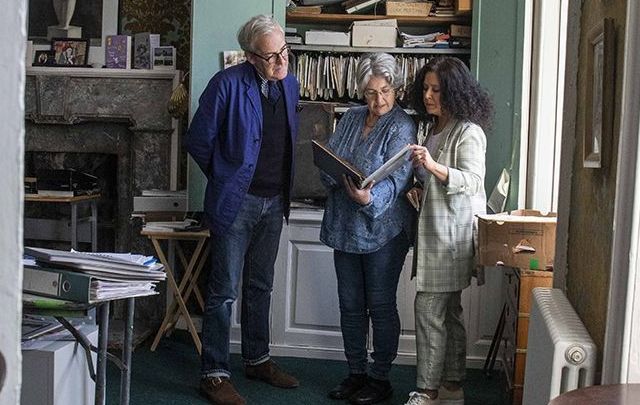 University College Cork (UCC) has acquired the Myrtle Allen Archive of papers and established an annual Memorial Lecture in honor of the matriarch of modern Irish cuisine.

Myrtle Allen, who died last year at the age of 94, was a self-taught cook who established the Ballymaloe House restaurant. The Myrtle Allen Archive, which will now be held at UCC, spans more than 100 years and features an inside look into the life of the first Irish woman to win a Michelin star.

Myrtle is credited with leading a revolution in Irish food that has helped to shape our cuisine into what it is today. With a culinary philosophy based on using local, seasonal Irish produce that is grown, harvested and foraged sustainably, Myrtle was ahead of her time in many ways when she began her culinary career by writing for the Irish Farmers Journal in 1962.

As well as securing the Myrtle Allen Archive, UCC will hold the inaugural Myrtle Allen Memorial lecture today, with key speakers including one of the world’s most respected food writers Claudia Roden, Michelin-starred chef Ross Lewis from Chapter One restaurant and John McKenna of the McKenna’s Guides.

The lecture will also coincide with the launch of UCC's newest postgraduate diploma in Irish Food Culture in Adult Continuing Education and the Department of Folklore and Ethnology. 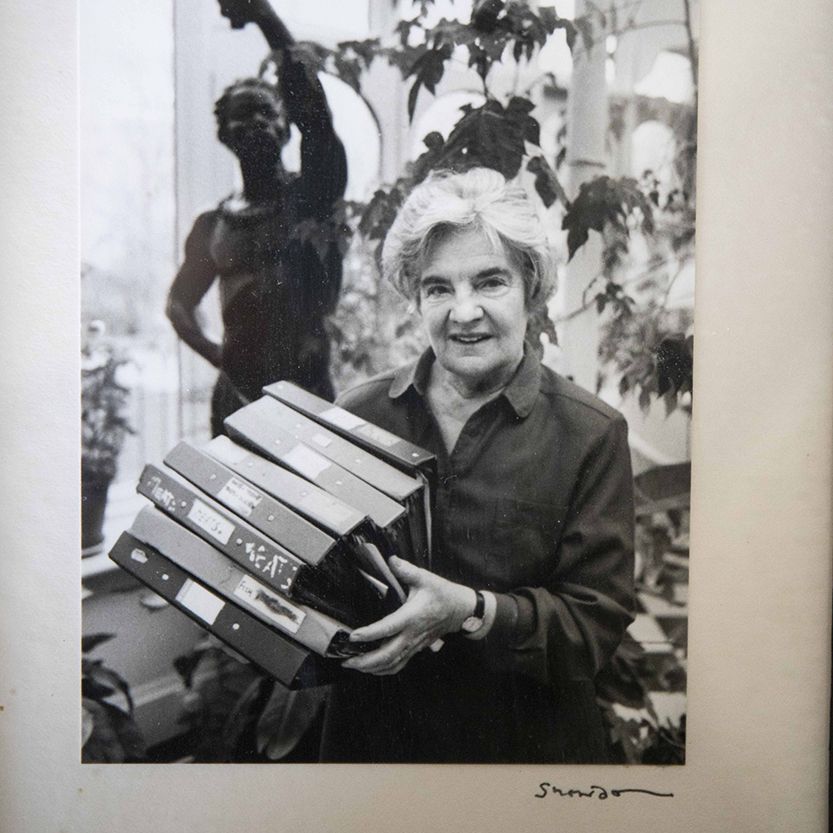 Myrtle Allen's archives span 100 years and have been obtained by UCC. Images by Clare Keogh.

Myrtle Allen is probably best-known for opening The Yates Room at Ballymaloe House, which was awarded a Michelin Star in 1975. The archive will showcase journals and menus from her time at the restaurant, as well as hand-written family recipe books, letters to producers and chefs, restaurant and hotel reviews, and scrapbooks of traditional recipes send to her by readers of the Irish Farmers Journal.

Also included are Myrtle's early drafts and proofs of her bestselling 1977 book The Ballymaloe Cookbook, as well as photographs and documents that highlight her deep interest in local history, genealogy, travel and, of course, food.

“We are delighted that UCC has chosen to take our mother's papers. She kept meticulous records and it is wonderful to know that they will be preserved and stored safely and that they will be available in time for study and research.”

Read more: Learning the secrets of Irish cooking at Ballymaloe 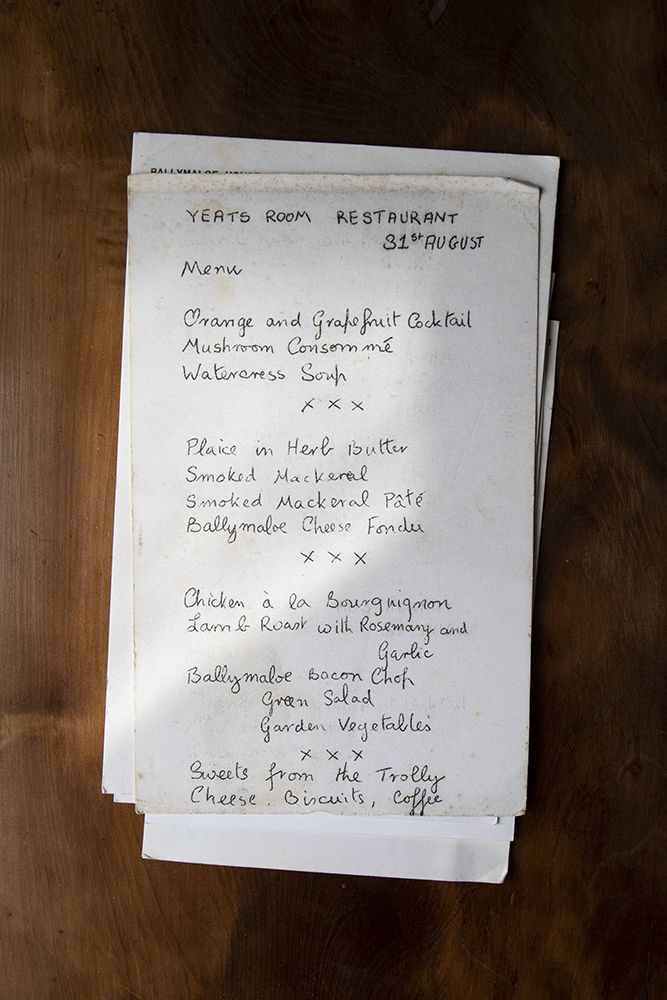 A menu from Myrtle Allen's Yeats Room restaurant which won a Michelin star in 1975. Images by Clare Keogh.

Myrtle was well-known for how different her approach to food was at a time when Irish food was often sidelined while the country underwent rapid socioeconomic and cultural changes. She always put food first and often wouldn't finalize her menus until she had seen all the produce that local suppliers gave to her for that day's service.

With an ever-changing, seasonal menu a priority for Myrtle, her culinary ethos aligns itself well with today's Irish cuisine but it was considered revolutionary at the time.

Speaking about Myrtle's forward-thinking career, UCC Food and Culinary Historian Regina Sexton, who has been researching Myrtle’s work since 2013, commented: “What made her different was that she wasn’t swayed by outside influences but rather she aimed to validate the internal, she looked inward and strove to elevate what was good home-produced food to such a high status that we could be confident in believing that Irish food was some of the best the world could produce. This approach was viewed as counter-productive, if not damaging to efforts at economic, social and agriculture improvement and development.” 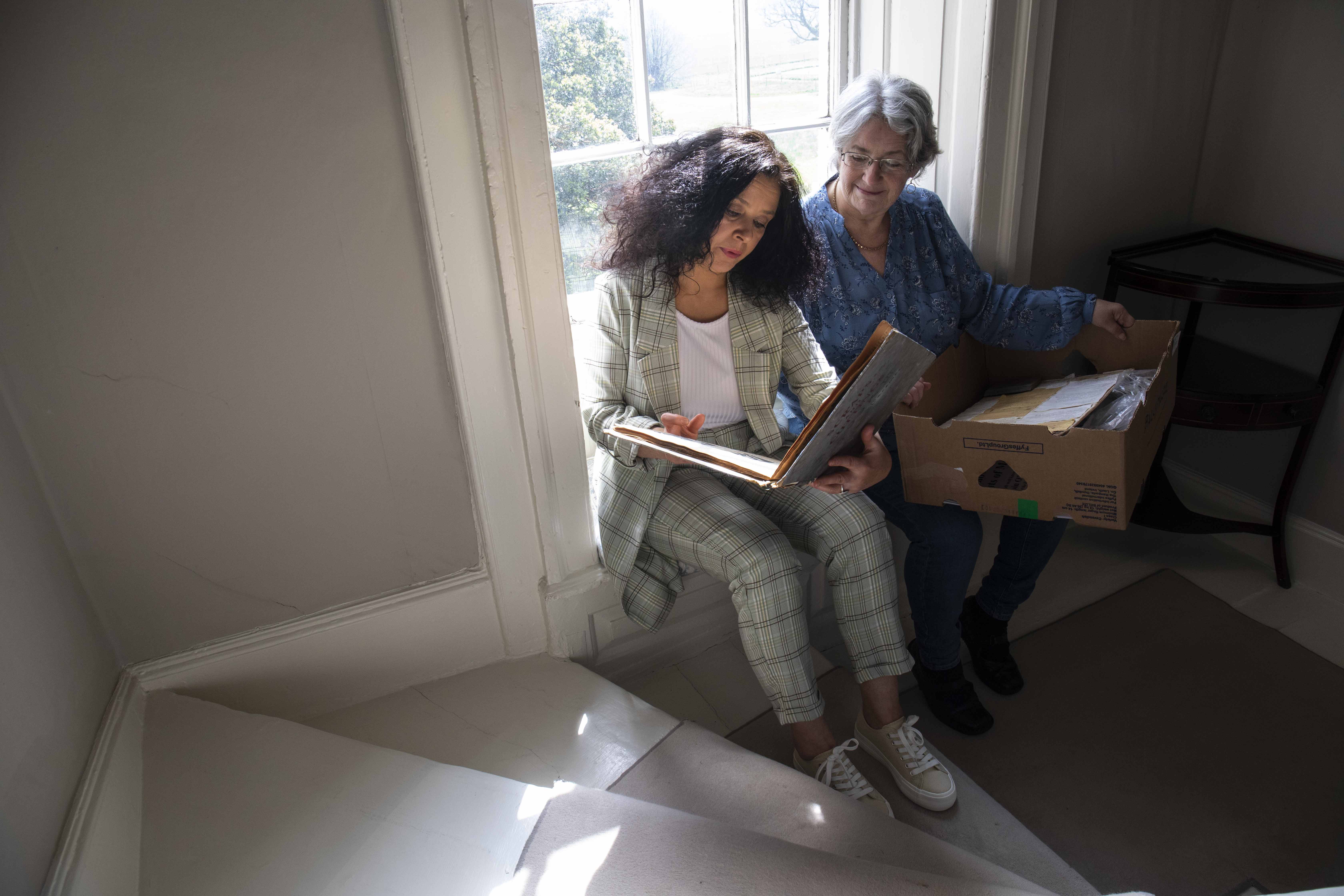 Early this year UCC launched the Food Institute, which unites the deep food-related activity at the university and connects those activities to the community. The Myrtle Allen Archive should further enhance the ideals of the Food Institute.

Find out more about the Myrtle Allen archive at UCC here.