WATCH: A wonderful look at all around Ireland 75 years ago

Now available from the Irish Film Institute, the short film "Moments in Ireland" provides a glimpse of what Ireland looked like three-quarters of a century ago. 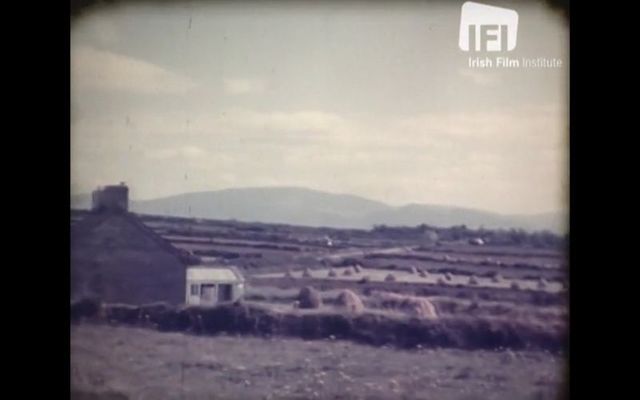 "Moments in Ireland" is now available to stream for free on the IFI Archive Player. Irish Film Institute

"Moments in Ireland (1947-1948)" is now available to stream for free on the Irish Film Institute's IFI Archive Player.

This film captures a wonderful mix of locations around Ireland, from the Kinvara Mountains, Garnish Island in Glengarriff, to the Dublin Horseshow (on August 7, 1947). The footage in this piece is some of the most varied and visually stunning filmed by Monsignor Reid.

Father Reid (later Monsignor Reid) acquired his first ‘movie’ camera in the mid-1930s. He continued to film a wide variety of subjects until the 1970s. He filmed in the United States, where he lived for most of his life, and also religiously documented life in Ireland with family and friends during his regular trips home. His films include holiday and family activities against the backdrop of beautiful Irish scenery. He also captured holidays abroad in France, Spain, England, and Italy.

This film is part of The Irish Film Institute's Monsignor Reid Collection.

The Monsignor Reid Collection at the Irish Film Institute

Father William Reid (later Monsignor Reid) acquired his first ‘movie’ camera in the mid-1930s. He enjoyed capturing fleeting moments and filmed a wide variety of subjects, mainly in colour, from the 1930s to the 1970s. In addition to footage of family, friends and beautiful Irish scenery, he captured holiday-makers in France, Spain, England and Italy.

Monsignor Reid also filmed extensively in the United States, where he lived for much of his life. Notable American films in his collection show scenes of his adopted home in Oklahoma, Niagara Falls, The Grand Canyon, and a St. Patrick’s Day Parade in New York, in which Bobby Kennedy can be seen walking in the procession.

He was born William Henry Reid in Loughglynn, Co Roscommon in 1908. He was educated locally at St Nathy’s College, Ballaghaderreen before moving to Louvain, Belgium, to study for the priesthood. In 1936, the newly-ordained Father Reid set sail for Oklahoma, the diocese in the USA to which he had been assigned. He became one of the youngest priests ever to be made a Monsignor.

"Moments in Ireland" is published here with kind permission of Ann O’Brien and with thanks to the Irish Film Institute (IFI), who IrishCentral has partnered up with throughout 2022 to bring you a taste of what their remarkable collection entails. You can find all IrishCentral articles and videos from the IFI here.