WATCH: A serene look at Ireland in 1977 featuring music from Paddy Moloney and The Chieftains

"Reflections – Ireland," a 1977 travelogue featuring music from Paddy Moloney and The Chieftains, is now available to stream for free via the Irish Film Institute. 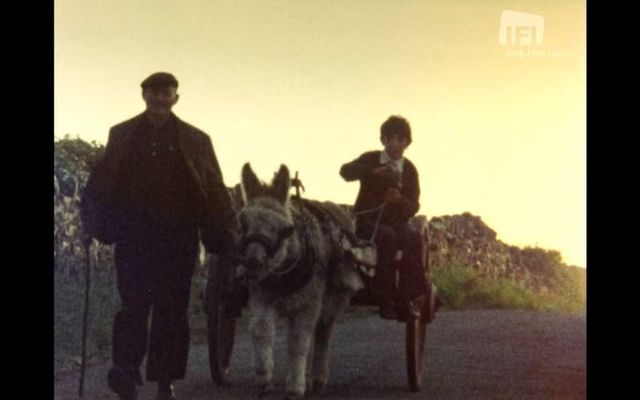 The gorgeous Irish film from director Paddy Carey is accompanied by music from Paddy Moloney and The Chieftains.

Many of Paddy Carey's films depict a scarcity of civilization, an untouched landscape, but in "Reflections - Ireland," he treats the viewer to the beauties of landscape interwoven with a vivid tapestry of human activity: anglers in a lively river; bird-watchers at work; sheep farmers; horse riders; seaweed gatherers. A nighttime sequence shows people gathering in an unidentified village for music in a cosy pub.

This film is part of The Irish Film Institute's Patrick Carey Collection.

The Patrick Carey Collection at the Irish Film Institute

Patrick (better known as Paddy) Carey was born in London in 1916. His family moved to Dublin in 1923, where he studied painting at art school before returning to London. Carey began to work as a photographer and cameraman on nature programmes and documentaries both nationally and internationally, including documenting Edmund Hillary’s Everest descent in 1953. He moved to Canada with his wife Vivien to avail of documentary production opportunities offered by the National Board of Canada. He was hired as a cinematographer on the Oscar-nominated and BAFTA-winning "Journey into Spring" (1957) and on the Oscar-nominated "The Living Stone" (1959). Carey would continue to work as a second unit camera operator throughout his life on films such as Stanley Kubrick’s "Barry Lyndon" (1975) and "Black Beauty" (1971) as well as second unit director on Fred Zinnemann’s "A Man For All Seasons" (1966).

In the early 1960s, Carey returned to Ireland and established Aengus Films with Vivien in 1964. He filmed and directed primarily short, pictorial, landscape films commissioned by the Department of External Affairs. His first film, "Yeats Country" (1965) achieved huge international recognition and was nominated for an Academy Award in 1966. This was followed by a series of lyrical and evocative films depicting the landscape, flora, and fauna of Ireland. This collection delves into a range of subjects: Ireland’s pagan festival Samhain and megalith tombs in "Mists of Time"; the tale of "Oisín," son of Celtic warrior Fionn MacCumhaill; a battle of Donegal mountains in "Errigal;" the relentless landscape of the west of "Ireland in Waves;" traditional, rural daily life in "Reflections – Ireland;" and a study of the Beara Peninsula in "Beara." He returned to Canada in the early 1970s and continued to work in Britain, Ireland, Canada and the United States for the rest of his life.

"Reflections - Ireland" is published here with kind permission of Fáilte Ireland and with thanks to the Irish Film Institute (IFI), who IrishCentral has partnered up with throughout 2022 to bring you a taste of what their remarkable collection entails. You can find all IrishCentral articles and videos from the IFI here.