"Discovering Ireland," a 1982 tourism promotional film, takes a peek at the best bits around Ireland, including the Dublin St. Patrick's Day Parade. 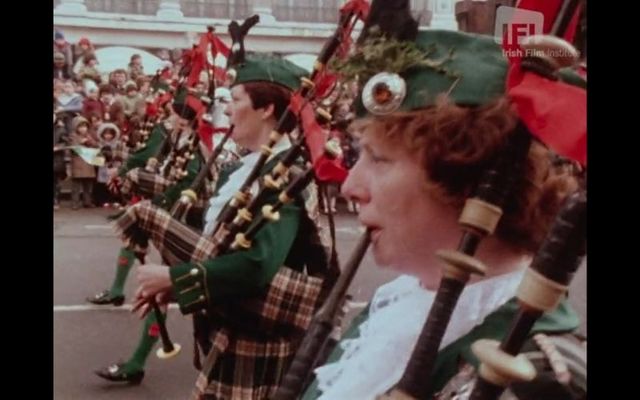 Take a peek at the best bits of Ireland in 1982. Irish Film Institute

From the bustling streets of Dublin during the St Patrick’s Day Parade, to the serene calm of the River Shannon, this film, directed by Louis Marcus and now available on the Irish Flim Institute's IFI Archive Player, shows the breadth of choice Ireland has to offer any visitor.

The 1980s were especially difficult times for Ireland. With high unemployment rates resulting in mass emigration, the country relied heavily on tourism to sustain the economy. Films like this one proved a useful tool in promoting the country to foreign travelers as an ideal place to visit, by showcasing the nation’s cultural and natural amenities. With extensive improvements in transportation and local infrastructure, coupled with extensive marketing plans to promote Irish heritage, Ireland quickly became a busy tourist destination in the ‘80s and ‘90s.

The Bord Fáilte Film Collection at the Irish Film Institute

"Discovering Ireland" is published here with kind permission of Fáilte Ireland and with thanks to the Irish Film Institute (IFI), who IrishCentral has partnered up with throughout 2022 to bring you a taste of what their remarkable collection entails. You can find all IrishCentral articles and videos from the IFI here.