Award-winning 1965 Irish film will reawaken your love for Yeats

The film takes the viewer on a journey around places with which the poet had a connection. 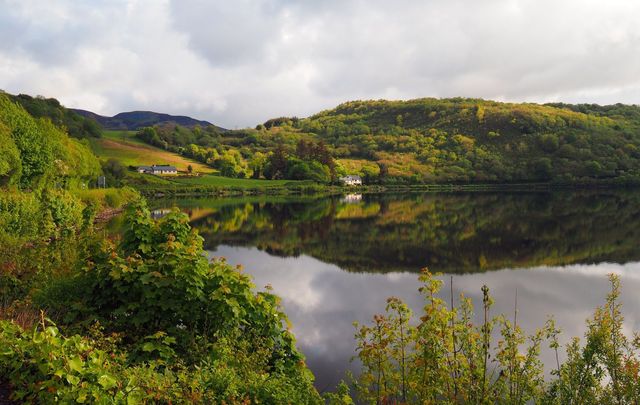 The film takes the viewer on a journey around places with which the poet had a connection. It was commissioned on Yeats' 100th anniversary.

Are you a lover of W. B. Yeats? Whether or not you are, you are sure to fall in love with the places that inspired him in this incredible video from 1965.

This lyrical film was commissioned by the Department of Foreign Affairs to commemorate the centenary of the birth of W.B. Yeats in 1865.

Read more: The Poetry of Yeats Country – Why you must visit now!

It was the first Irish film by cinematographer and director Patrick Carey, who was renowned for his beautiful landscape films. An ambitious work, Carey uses direct quotations from Yeats’ writing to illustrate the countryside the poet knew so well. The film takes the viewer on a journey around places with which the poet had a connection: Thoor Ballylee Castle, where Yeats made his home after marriage, and Coole Park, home of Lady Gregory where literary figures of the period met. Lissadell House, Knocknarea Mountain, the slopes of Ben Bulben, the waterfall at Glencar, and the Drumcliffe churchyard where Yeats is buried, are all featured.

Made for the Department of Foreign Affairs it won many awards including the Golden Bear in Berlin, and awards also in Chicago, Barcelona, Santa Barbara, before finally gaining an Academy Award nomination in 1965.

You can see more from The Department of Foreign Affairs Collection here.

IrishCentral has partnered up with the IFI throughout 2019 to bring you a taste of what their remarkable collection entails. You can find all IrishCentral articles and videosfrom the IFI here.