Ireland’s most popular actor Liam Neeson has drawn parallels between Trump’s presidency and the Watergate Scandal which ruined Richard Nixon. 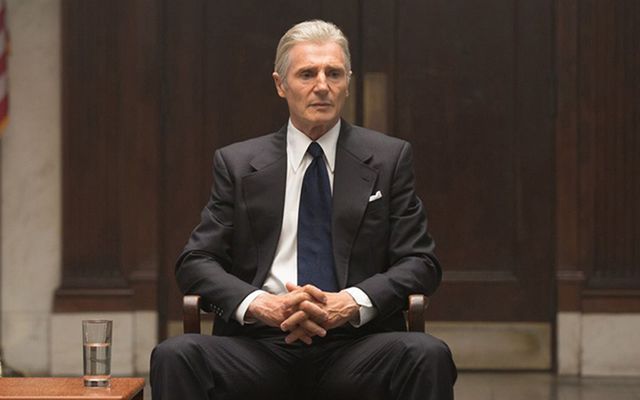 Popular Irish actor Liam Neeson is urging any potential whistle-blowers on the Trump-Russia probe to come forward and share what they know in the style of “Deep Throat”, the FBI informant who leaked the information that eventually took down President Richard Nixon during the Watergate Scandal.

Neeson stars as informant “Deep Throat”, revealed to be former FBI associate director Mark Felt in 2005, in his latest movie “Mark Felt: The Man Who Brought Down The White House” to be released on Friday, September 29.

Speaking at the movie’s premiere this week, Neeson, 65, urged anyone with information on the current investigation into possible collusion between President Trump and the Russian government to come forward and blow the whistle warning that "history has a tendency of repeating itself".

"I think that whoever that Mark Felt is who can feel comfortable with doing that, then they should do it and have reason to... a justification, of course," the Ballymena actor told the Irish Independent.

"Someone asked me what the definition of patriotism is and I think it's being able to stand up and remind this country what it's doing wrong.

"History has a tendency of repeating itself, governments have to be kept in check, the freedom of the press is (paramount) our leaders have to be truthful with us, it's a shame they're not most of the time," Nesson continued.

"And I think it's led to a cynicism certainly in this country from this period of time, early 70s - the Vietnam war, being lied to, cheated to, and a cynicism has crept into the country and it's still there and it's led to this big divide that we have at the moment."

Read more: Liam Neeson as ‘Deep Throat’ and seven things you didn’t know about him

Parallels are sometimes drawn between the Nixon Watergate era and the current US Presidency and the Irish actor that anybody who could prove this to be true would be a genuine patriot.

Neeson plays Felt in his latest movie, the man who famously acted as an anonymous informant, feeding The Washington Post reporters Bob Woodward and Carl Bernstein with critical information on the Watergate scandal that ultimately led to the resignation of President Nixon in 1974.

Felt’s identity had remained a mystery for decades until he revealed himself in 2005, just four years before his death aged 95.

Back in the present day, US special counsel Robert Mueller is currently overseeing an investigation into rumored links between the Russian government and the 2016 US Presidential election, rumors that are denied.

Would you welcome a whistleblower if one was to appear on links between the US election and the Russian government?