Jamie Dornan said: "We Irish are a nation of pi**-takers and I’m totally accepting of the slagging we’ve been getting." 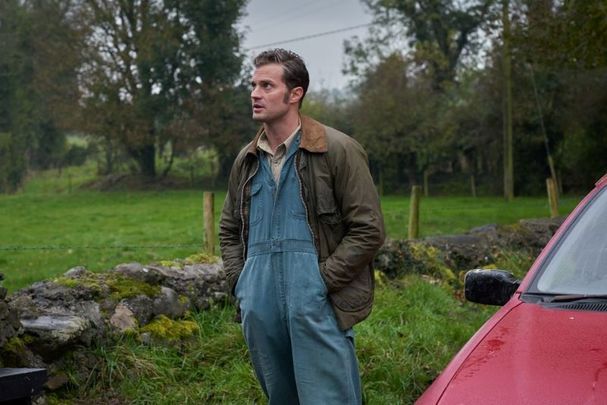 Wild Mountain Thyme, the new Irish movie starring Emily Blunt and Jamie Dornan, has gotten a right pasting from the critics and others who think the Irish accents are horrendous.

But Jamie – who blunted his Northern Irish accent in favor of one that sounds pretty corny – says that people in Ireland should wait to see the film before trashing it.

“I was a bit stunned by how harsh the criticism has been in Ireland, given that most people haven’t seen it,” he told the Irish Mirror.

“But we Irish are a nation of pi**-takers and I’m totally accepting of the slagging we’ve been getting. It comes with the territory.

“The author John Patrick Shanley whose father is from Mullingar said that if he put in actors who sounded like his own family, no one would understand it.”

Dornan added: “John Patrick Shanley writes very poetically and some of the lines spoken by Anthony and Rosemary are spoken in verse, which is very unusual.

“I’ve admired his work for a long time and as well, I never turn down an opportunity to work in Ireland if I can. I’d never spent time in Mayo, where we filmed although my dad has a place in Connemara, with which I’m a bit more familiar.”

Wild Mountain Thyme opened in 450 theaters nationwide last Friday, but movie-goers are still reluctant to sit in a cinema. It earned only $100,466, for an average of $223 per screen. For those who aren’t near an open theater, the film is also available on demand. Come January 8, it will open in Ireland.