Celebrate James Joyce and Bloomsday on June 16 with the Irish Film Institute's "Joyce on Film" collection, now available on the IFI Player. 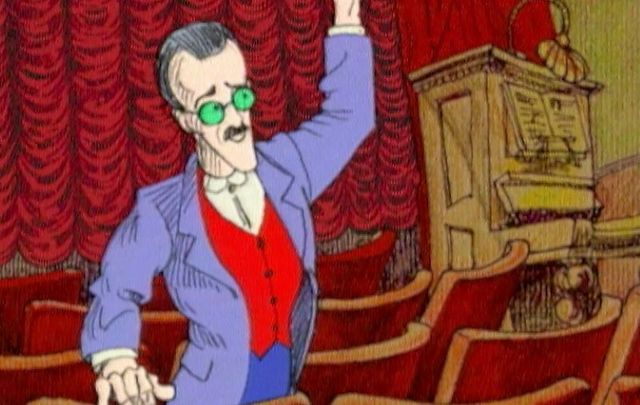 The Irish Film Institute (IFI) has unveiled an online collection of short films celebrating James Joyce ahead of Bloomsday, June 16.

The IFI's 'Joyce on Film' collection features five short films preserved in its Irish Film Archive as a celebration of the renowned Irish author James Joyce - the man, as well as his literature.

Joyce, himself a regular and passionate cinema-goer, managed the Volta, one of Ireland’s first dedicated cinemas, for a short time when it opened its doors in December 1909. His work has inspired feature-length films by directors such as Joseph Strick, Mary Ellen Bute, John Huston, and Sean Walsh.

The programme from the IFI includes live-action, animation, documentary, and newsreel, and attests to the various creative ways in which filmmakers respond to Joyce’s literary genius. The "Joyce on Film" collection is available to view online via the IFI Player.

The five films included as part of the IFI’s James Joyce "Joyce on Film" collection are:

Writer/director, and now film critic, Donald Clarke audaciously parodies the personae and writing styles of not one but two Irish literary giants in this short drama which finds James Joyce (Martin Murphy) and Samuel Beckett (Arthur Riordan) attempting to tee off  on a windswept green in Zurich in 1922.

This short documentary draws on the photographs of Robert French from the William Lawrence Collection held in the National Library. The photos illustrate the Dublin of 1904 which served as a backdrop to James Joyce’s Ulysses. Directed by renowned drama and documentary maker Kieran Hickey, the film traces Joyce’s childhood and adolescence, his meeting with Nora Barnacle on June 10th 1904, and the highways and byways which Leopold Bloom wandered through on June 16th 1904. The music in the film references some of Joyce’s favourite songs, many of which appear in Ulysses.

Directed by Mike O’Connor, and written by his brother, Joycean scholar Ulick O’Connor, this documentary portrays the Dublin in which Joyce lived and worked before his departure for Europe in 1904. Narrated by Micheál MacLiammóir, Joyce’s writing is woven through the scenes as significant locations from his life are revealed: the house in Brighton Square where he was born;  Clongowes Wood College where he was educated; Sandymount Strand where he often wandered; derelict tenements once housing the brothels he frequented; and the Martello Tower where he visited with Oliver St John Gogarty.

This edition of Gael Linn’s cinema newsreel records the opening on June 16th 1962 of the James Joyce Museum in Sandycove, Dublin where Joyce had spent time with Oliver St. John Gogarty in 1904. Guest of honour is Sylvia Beach, the American who published Ulysses in 1922 under the imprint of her Paris bookshop, Shakespeare and Company. The dedication of the museum was the culmination of the work of Michael Scott, John Ryan, Flann O’Brien and others to honour Joyce in his hometown. The film also shows a number of Ulyssean locations such as Eccles Street and Mulligan’s Pub.

Tim Booth’s playful animation is both a reflection on Joyce’s struggle with the writing of Ulysses (which he declares to be ‘a real bollix of a buk’), and a whistle-stop tour through the book itself. It offers a potted outline and uses hand-drawn animation to conjure the fevered imaginings of Leopold Bloom and the characters he encounters as he wanders through Dublin and its environs on June 16th 1904.

Watch it on the IFI Player here, or watch it below here, courtesy of the Irish Film Institute:

Read More: WATCH: A look back at Dublin City in the 1990s