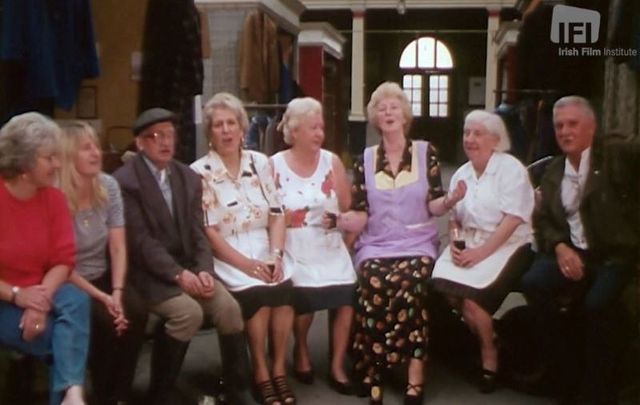 ‘Alive Alive O – A Requiem for Dublin’ chronicles the heroes and the ever-changing heart of Dublin over a seven-year period in the 1990s.

The Irish Film Institute presents the documentary “Alive Alive O - A Requiem for Dublin” which was directed by Sé Merry Doyle and produced by Bernadine Carraher, Loopline in 1999.

The IFI says that the 54-minute documentary captures the colorful characters of the city by focusing on Dublin street traders and their daily hustle and bustle.

This invaluable record of vanished communities also depicts a city fighting to retain its soul in the midst of boom-time redevelopment. A young U2 play a benefit concert on Sheriff Street, maverick politician Tony Gregory fights the closure of Moore Street market and Dubliners (many of whom have since passed away) recall memories of a different city.

“How quickly we forget” – generations of Iveagh Market stall-owners react to the closure of the historic hub. Meanwhile, children play in the rubble of the recently demolished flats in the north inner city.

What lives on is the staunch character and true grit of the inner-city ‘Dub,’ the tragic nature of which is enhanced by the haunting narrative of poet Paula Meehan and some of the city’s best-known traditional ballads, like Biddy Mulligan and the Charladies’ Ball, sung by Frank Harte.

This film is part of The Loopline Collection Volume 1. To watch more of the collection click here.