Charlotte Moore and Ciarán O'Reilly of the Irish Repertory Theatre are among the honorees at the upcoming New York Landmarks Conservancy's 29th Living Landmarks Celebration gala. 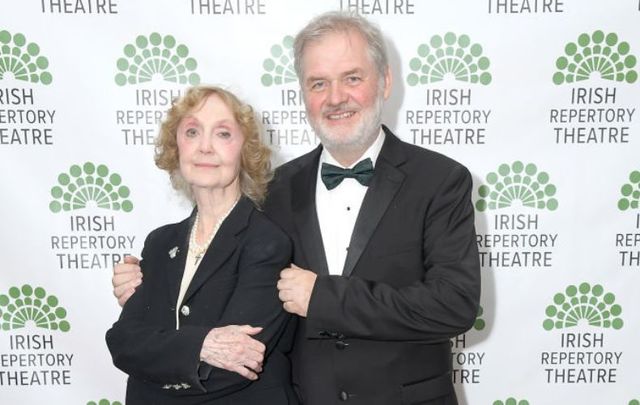 Charlotte Moore and Ciarán O'Reilly are among the honorees for the New York Landmarks Conservancy's 29th Living Landmarks Celebration gala on November 2.

"Our amazing group of honorees reflects the talent and diversity of New York," said Peg Breen, President of The New York Landmarks Conservancy. "Each has made significant contributions that have added to everyone's enjoyment of the City."

Charlotte Moore and Ciarán O'Reilly founded the Irish Repertory Theatre in 1988 to focus on classic and contemporary Irish and Irish American plays. The two actors found an appreciative audience, eventually created a permanent home on West 22nd Street, and earned numerous awards for their productions and for the Theatre itself.

The Irish Rep has now presented more than 190 productions and worked with more than 500 company members. More than 50,000 audience members attend annually and online productions during the pandemic reached an international audience.

The Irish Rep has earned an Outer Critics Circle Special Achievement award, a special Drama Desk Award for "Excellence in Presenting Distinguished Irish Drama" and a Lucille Lortel Award for "Outstanding Body of Work." It was named 2019 "Company of the Year" by The Wall Street Journal.

The two co-founders received the 2019 Irish Presidential Distinguished Service Award for the Irish Abroad and are included in the Irish America Hall of Fame.

Moore's honors include two Tony Award nominations, The Eugene O'Neill Lifetime Achievement Award, and much more. She has been listed three times as one of the "Top 50 Power Women" in Irish America Magazine and was named "Director of the Year" by The Wall Street Journal in 2011.

O'Reilly's favorite directing credits include Lady G: Plays and Whisperings of Lady Gregory, The Seafarer, The Weir and Banished Children of Eve. He appeared in the Roundabout Theatre Company production of A Touch of the Poet with Gabriel Byrne and has appeared at The Abbey Theatre in Dublin. Films include "The Devil's Own" starring Harrison Ford. He has also appeared in "Law and Order."

Tickets and more information for the gala can be found here.