The Array Collective, a Belfast-based arts group consisting of 11 artists, scooped the famous award for addressing social and political issues and converting their activism into memorable artwork. 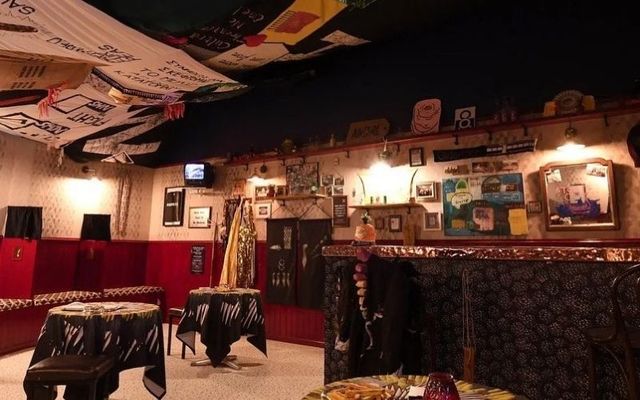 A group of Irish artists has scooped the prestigious Turner Prize for 2021 for their remarkable art installation of an Irish pub.

The Array Collective, a Belfast-based arts group consisting of 11 artists, scooped the famous award for addressing social and political issues and converting their activism into memorable artwork.

The group beat four other collectives to the £25,000 prize, becoming the first Northern Irish artists to ever collect the Turner Prize, which has been running since 1984 and is the most high-profile award in British art.

The group said that they will put the prize money toward the rent for their Belfast art studio.

"What they deal with is really serious stuff, LGBT issues, feminist perspectives on issues today in a divided society, even a sectarian society," Farquharson said during a ceremony at Coventry Cathedral on Wednesday evening.

"What the jury feels is remarkable is that kind of amazing lightness of touch and play and conviviality and sense of hospitality, and the sense of carnival that they bring to the work."

In a statement, the jury said that they were impressed with Array's ability to "translate their activism and values into the gallery environment, creating a welcoming, immersive and surprising exhibition".

The group aims to transform the mood of debate in Northern Ireland from aggressive and antagonistic to cheerful and welcoming.

The artwork's message can be seen in a list of "pub rules", which insist that customers must "have a laugh".

Turner Prize organizers announced in May that all nominees for this year's award would be collectives who helped to "inspire social change through art".

They added that the list would not be limited to artists who had held shows over the past 12 months since many galleries had remained shut due to the COVID-19 pandemic.

Array's Laura O'Connor said that the coronavirus pandemic inspired the group to "create something new".

"So it's really motivated us and it's pushed [us] and it's changed maybe how we work."