The Irish Dance Parent Union wants to empower parents to maintain a safe environment for their kids to compete in. 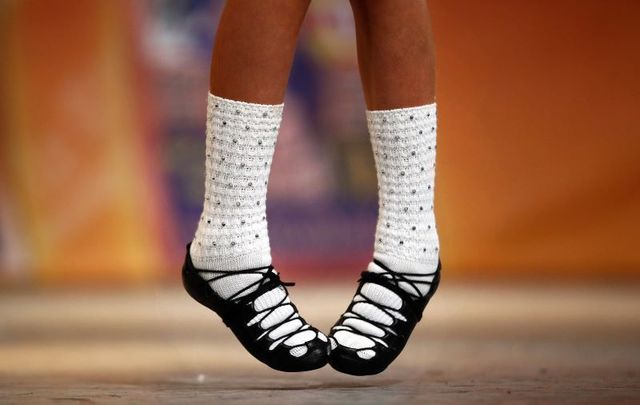 Parents are banding together to form an advocacy group for competitive Irish dancing. Getty Images

A group of anonymous parents of Irish dancers has launched the Irish Dance Parent Union in hopes of providing a forum where members of the competitive Irish dancing community can come together to discuss issues.

The Irish Dance Parent Union was launched on Facebook in early November and has since attracted more than 200 likes. The group touts itself as “an advocacy page whose purpose is to empower parents to maintain a safe environment for their kids to compete in.”

(It should be noted that the Irish Dance Parent Union was launched ahead of the filing of three lawsuits in New Jersey that allege sexual abuse within the CLRG community. Since those stories broke, they have been a topic of conversation on the group's Facebook page.)

While the administrators behind the Facebook group are keeping their names anonymous, they said in a statement to IrishCentral: “IDP Union was created out of the frustration of parents, dancers, and teachers in having no voice in the organizations involved in Irish dance, specifically CLRG, IDTANA, and the regions within.

They note that participation in the IDP Union is not limited to people involved with CLRG, IDTANA, and their subset regions. "We welcome all thoughts and ideas on how best to advocate for our dancers," organizers say.

“Although it is called an Irish Dance Parents Union, we feel that input from teachers as well as dancers is the only way to understand what is needed to create a healthy and safe environment for our dancers and all are welcome to the site and should be heard.

“Many circumstances have presented themselves in the past couple of years that have opened our eyes to the extent of power that those governing and at the top have over the dancers, parents, and teachers and their lack of concern for the "voice" of those they represent. The IDP Union is at least a place to share frustrations about issues and collaborate on how to make things better for our dancers."

The IDP Union continued: “We as parents, our dancers, and most of the teachers who represent us, have no way to express our concerns without fear of consequences. From what we have observed, there is great interest in reading anything we can post on IDP Union, but there seems to be fear of participating in dialogue on any of the subjects posted. Our hope was that we as an IDP Union would have a vehicle to voice our concerns, bring awareness to needs and problems dancers are shouldering, and possibly have a collective voice to help encourage change for the safety and well being of our dancers.

“What we have witnessed in the data that we as admins can see on IDP Union's page is that there is great interest in this platform, but most who view the site will not "like" the site, and even more will not "like" any particular post. We as admins cannot see who viewed anything, only who presses "like", as can the general public. The lack of "like"s when viewership is high, can only be assumed to suggest that viewers are afraid for their name to be seen publicly by their teachers as having an opinion, or even that they visit the site.

“We have very few "likes" on any post, with 14 being the most on the article on dancer's mental health, even though we can see that every post has been viewed by between 136 to over 500 people. Only 2 people had the courage to post as themselves and we have only had a couple of "anonymous" topics presented to us. There is clearly a major issue with fear of reprimand for the majority of viewers. The creation of the IDP Union has exposed to us how widespread fear is within the Irish dance community and this is clearly not a positive thing in trying to provide our dancers with the best environment possible.”

The fear of retribution is not unique to the IDP Union. Most people who reach out to IrishCentral with issues ongoing within the CLRG sphere decline to have their names published for similar reasons.

While names sometimes cannot be made public for legal reasons, as in the sexual abuse lawsuits, other parents wish to protect their Irish dancing children from the "politics" that often lurk in the background of competitions.

For instance, one Irish dance parent recently reached out to IrishCentral concerning what she felt was the apparent flouting of residency rules in the lead up to one region’s Oireachtas. According to CLRG’s rules, Irish dancers must be residing in the region of the Oireachtas they want to compete in. This parent presented the issue to her dancer’s TCRG, who brought the issue to the region’s board of directors, but both felt that the issue was not properly investigated from there.

This parent was keen to preserve the identity of the Irish dancer in question. Often in situations like these, it is not the dancer who is at fault, rather the teachers that allow the skirting of rules to happen in the first place, and the governing boards who ultimately turn a blind eye.

CLRG's operations have come into a deeper focus in recent months. In September, a group of TCRGs (Teagascóir Choimisiúin le Rinci Gaelacha, certified Irish dance teachers in the CLRG organization) filed a formal complaint with Ireland's Competition and Consumer Protection Authority alleging the apparent gouging of hotel prices within the designated hotel block for the 2020 World Irish Dancing Championships in Dublin, Ireland, as well as the imposing of “facility fees” on competitors traveling from overseas.

CLRG has since walked back the contested “facility fees,” but instead upped their registration fees for competitors.

You can learn more about the Irish Dance Parent Union on their Facebook page.

If you have issues within the competitive Irish dancing community that you want highlighted on IrishCentral, you can email Editors@IrishCentral.com.

Do you think it's a good idea to have parents join together for an advocacy group? Are you a member of the group? Let us know in the comments