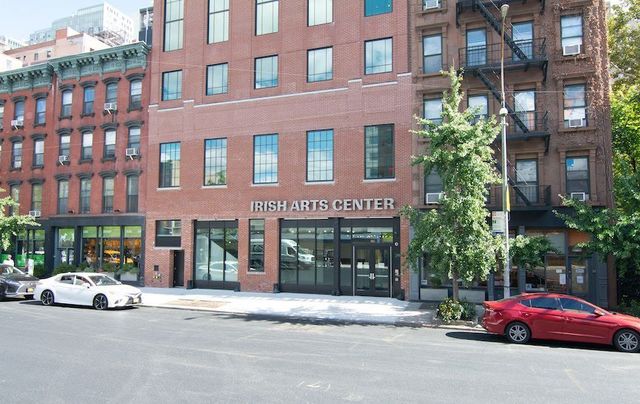 The Irish Arts Center in New York City is finally opening its doors at its new 21,700 sq ft home for the arts on 11th Avenue.

Founded in the East Village in 1972, the Irish Arts Center operated out of a one-time tenement in Hell's Kitchen for decades, promoting Irish culture through traditional dance and music classes.

The organization first planned to move to a new home in 2006 when it was offered an opportunity to acquire the Cybert Tire site located just around the corner from its current home.

Delayed by the pandemic, the 15-year project to convert a long-time tire store into a state-of-the-art performance facility has finally been completed, and the Irish Arts Center is now ready to open its doors next month with a monumental inaugural season of programming.

The multidisciplinary institution has announced a year-long season program running from December 2021 until December 2022 that aims to bring the new 21,700 sq ft facility to life.

The program will present dance, theater, visual art, music, and much more over a packed 12-month schedule.

Irish Arts Center Executive Director Aidan Connolly said that the new four-story facility is a "dream realized and a tribute to the broad coalition of people in New York and Ireland who have brought it to life, at a time when we so eagerly need a place to come together with inspiration and hope".

"But it’s only the beginning. Our opening season is a statement of promise and possibility. We invite artists and audiences of all backgrounds to see themselves in this welcoming new home," Connolly continued.

Taoiseach Micheál Martin, who visited the completed building in September, described it as a "new cultural landmark" in New York City.

"When I first visited the old Irish Arts Center in 2009, this new building existed only in the imagination.

"It was a delight to return to the site this September, in anticipation of its official opening, to see that idea made real - and so excellently executed.

"The Government of Ireland is proud to have supported this new building, which is a new cultural landmark in New York, a celebration of Ireland-US relations, and a platform for creativity, innovation, and diversity."

President of Ireland Michael D. Higgins added that the Irish Arts Center has served as an important cultural space for Irish people living in New York for almost five decades.

"For more than four decades, the Irish Arts Center has provided a space to showcase Irish culture in New York. Now the Center begins a bold new chapter, in an impressive building that is a dynamic space for artists. I would like to congratulate all who worked so tirelessly to bring this new space into being and wish them every success."

The firm consulted with the Office of Public Works in Ireland during the construction of the project, making the new Irish Arts Center a unique collaboration between the people of Ireland and New York.

The building, which retains its original brick repair shop facade, features nods to both the industrial history of Hell's Kitchen and the organization's Irish mission with plenty of steel and brick.

It also features lots of places to sit and talk as the Irish Arts Center views hospitality as an Irish virtue.

The state-of-the-art facility includes a black box theater space that has 14 approved configurations, the largest of which will seat 199 people. 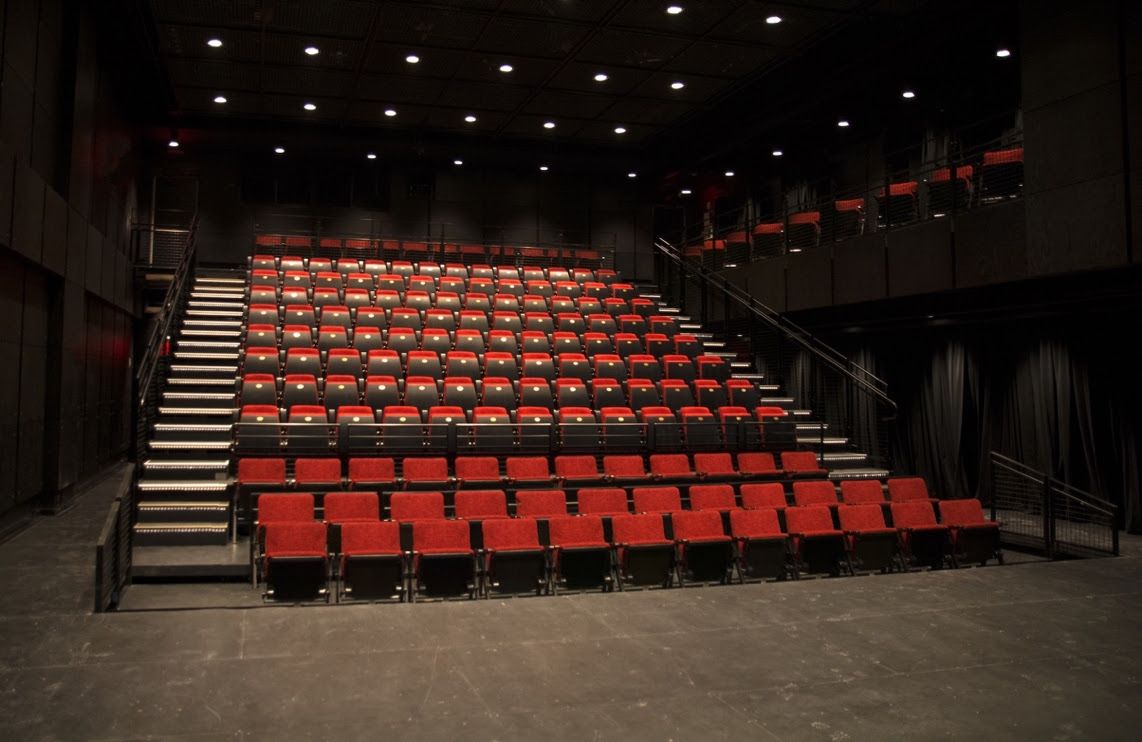 The new Irish Arts Center also boasts a ground-floor café that will be run by local wine bar Ardesia, while it also boasts rooms above and below the theater that can be used for educational and community programs in addition to rehearsals and meetings.

The building also includes a patron lounge and an atrium border by the former Cybert Tire building's historic interior facade.

There are lines of Irish poetry along the building's main staircase, while signs inside the center are written in Irish as well as English. Much of the furniture inside the state-of-the-art performance center has also been provided by Irish furniture company Orior.

Meanwhile, the Irish Arts Center plans to retain offices in its current home on West 51st Street and plans to use the 99-seat auditorium there for small-scale performances.

The new center will open on December 4 Camille O'Sullivan's "Where are you Now?", which runs until December 31. The Cork-born Irish-French cabaret chanteuse “performs with mesmerizing intensity that threatens to shatter the stage", according to the New Yorker.

The center's grand opening will take place on December 8.

Between February 16 and March 6 next year, acclaimed Tony-winning playwright Enda Walsh brings his emotional-psychological portrait "The Same" to the center. The production features Catherine Walsh and Eileen Walsh and seats the audience in an immersive setting in the new flexible theater.

The Irish Arts Center will burst onto New York's musical theater scene in July with a production of "Good Vibrations" produced in partnership with Lyric Theatre Belfast.

The production, which runs from July 13 until August 14, is based on the beloved film of the same name and charts the life of punk legend Terri Hooley and demonstrates the vast potential of the new space.