These were the most popular baby names in Ireland in 2019

Some Irish language names were included amongst Ireland's most popular baby names for 2019. 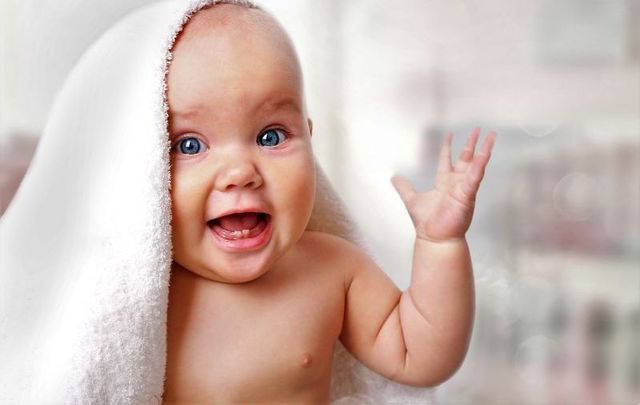 The most popular baby names in Ireland for boys and girls remained the same as in 2018. Getty Images

Ireland's Central Statistics Office (CSO) has released the most popular baby names in Ireland for 2019 after analyzing the 59,795 live births registered last year.

There are some traditionally Irish names included in the most popular baby names in Ireland for 2019, such as Fiadh, Liam,  Conor, and Tadhg.

Most popular names for baby girls in Ireland, 2019:

Most popular names for baby boys in Ireland, 2019: 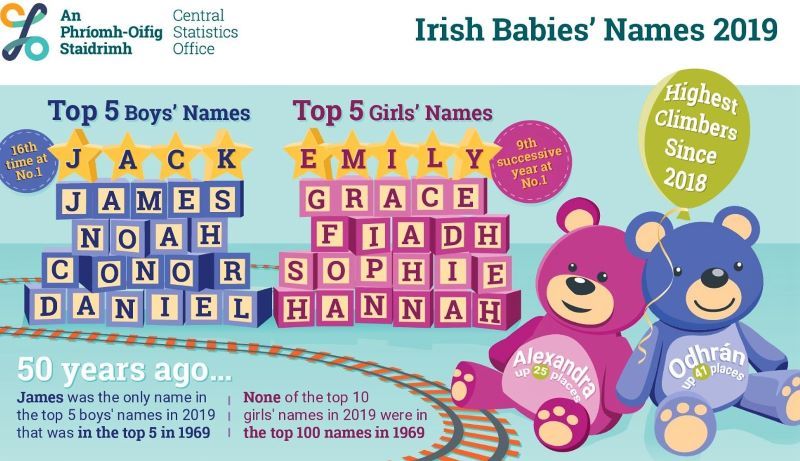 The most popular Irish babies' names for 2019 (Ireland's CSO)

Commenting on the trends in Irish baby names, statistician Carol Anne Hennessy said: “Emily retains the top spot for girls, followed by Grace, Fiadh, Sophie, and Hannah. These were the top five names of choice by parents for their newly arrived baby girls in 2019.

“Interestingly, not one of the top five names for girls appeared in the top 100 names a half-century earlier. Mary, Catherine, Margaret, Ann, and Elizabeth were the most popular names for baby daughters in 1969, with 2,182 baby girls named Mary in that year. In 2019, there were 452 baby girls named Emily, 20.7% of the number of girls given the name Mary in 1969.

“As is evident from the tables, over the years, girls are given a wider variety of names than boys with 4,814 girls’ names registered compared to 3,725 boys’ names.

“Odhrán with the síneadh fada, Eli, Ruairí and Joey were new entrants into the top 100 for boys in 2019. The boys’ names with the most growth in popularity in terms of rank between 2018 and 2019 were Odhrán, with and without the síneadh fada, together with Eli, Kayden, and Ruairí.

"There were two new entrants to the top 100 for girls: Doireann and Méabh (with síneadh fada). Alexandra, Heidi, and Hollie were the girls’ names growing most in popularity with Alexandra moving up 25 places and Heidi and Hollie both moving 20 places in the rankings between 2018 and 2019.