These were Ireland’s most popular baby names in 2020

Classic and timeless, it's no surprise that these baby names were the most popular in Ireland in 2020! 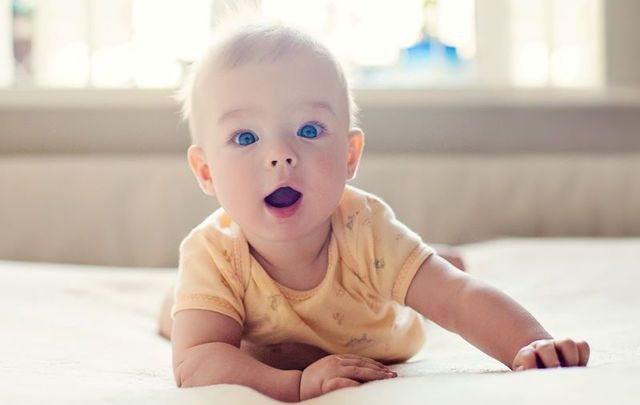 In Ireland, Jack maintains the top spot as most popular name for boys while Grace ousts Emily to take the top spot for baby girls’ names registered in 2020.

Commenting on the trends in Irish baby names, Carol Anne Hennessy, Statistician said: "Jack has retained the top spot as the most popular baby boys’ name in 2020, a position it has held since 2007 except for 2016, when James was the most popular choice. Jack was followed by James, Noah, Daniel and Conor as the five most popular names for boys in 2020.

"Grace claims the top spot for girls for the first time, followed by Fiadh, Emily, Sophie, and Ava. These were the top five names of choice by parents for their newly arrived baby girls in 2020.

"Emily held top position for the girls for nine consecutive years (since 2011) until 2020 when it earned the bronze medal spot behind Grace and Fiadh. 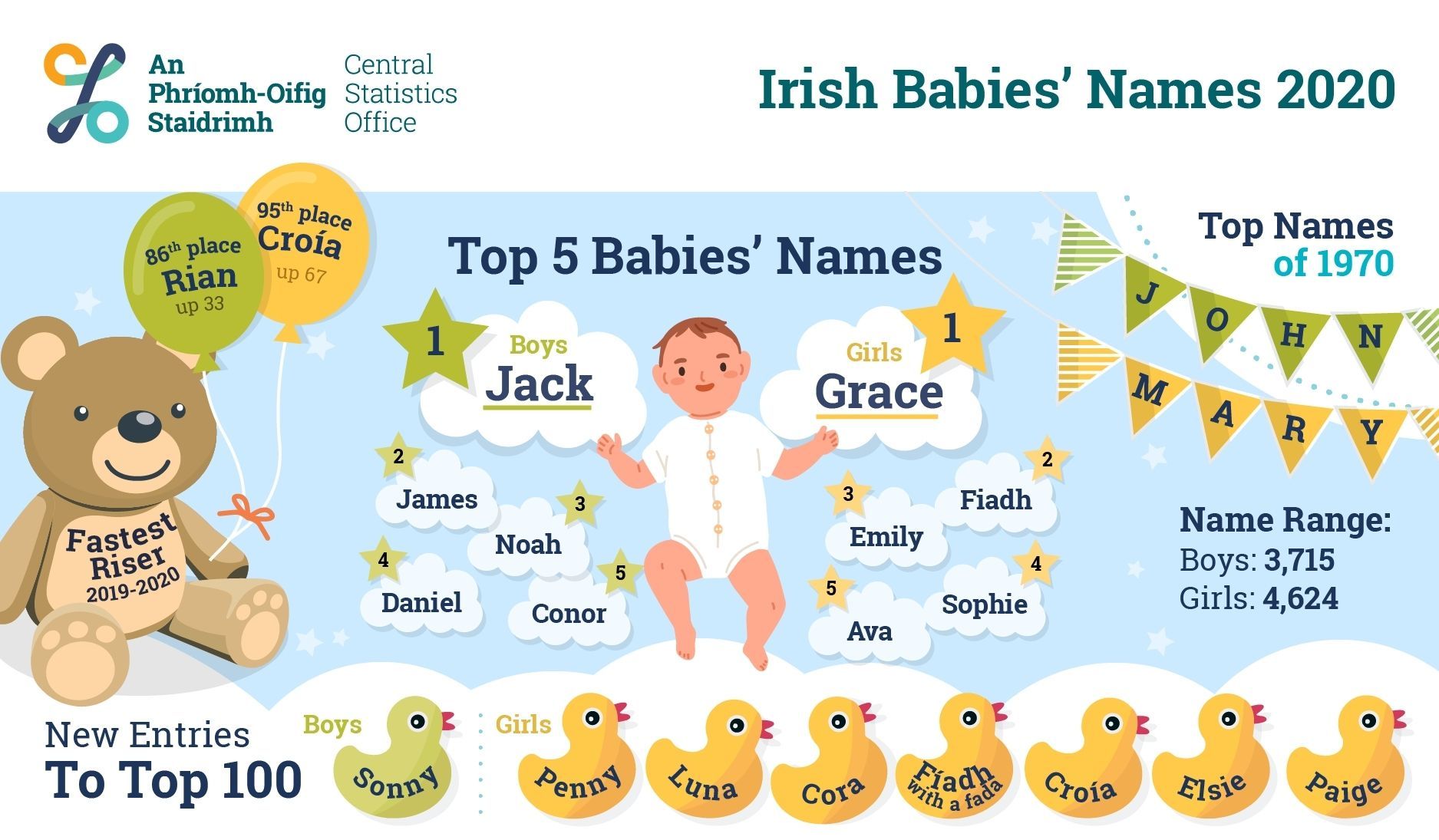 Hennessy continued: "Ava reclaims her position in the top five names for girls in 2020, (coming in at number five) for the first time since 2016 when it was the third most popular name chosen for baby girls.

"As is evident from the tables, over the years, girls are given a wider variety of names than boys with 4,624 girls’ names registered compared to 3,715 boys’ names.

Ireland's Central Statistics Office (CSO) has published babies’ forenames since 1998 and it receives this data from the General Registration Office (GRO). At the beginning of the collection process, names had to be manually inputted on a database from paper records. This was a labour-intensive task and a decision was taken in 1998 to input names without síneadh fadas. When data became digitally available it was decided to continue as before, as any change would result in a break in the series.

However, following the launch in 2016 of the CSO’s popular ‘Baby Names of Ireland’ app, feedback was received from users that síneadh fadas should be included. The CSO discussed the matter with the GRO and testing was successfully carried out in mid-2018.

The publication of the 2018 baby names data was the first year of the new series i.e. forenames to include síneadh fadas and other diacritics. Unfortunately, this change, while welcome to users, introduced a break in the series as it was not feasible to back-cast older data.

The CSO’s Baby Name app has been updated to distinguish names registered in 2018 and beyond which contain the síneadh fada and other diacritics.

Most popular baby boys’ names in Ireland in 2020:

Most popular baby girls' names in Ireland in 2020:

Babies' names with the most growth in popularity between 2019 and 2020, measured by the number of names registered:

And, for good measure, here are the top 10 surnames of babies registered in Ireland in 2020 by number: