Several Irish baby names among the “most unique” for 2021

A list of unique Irish baby names and their meanings. 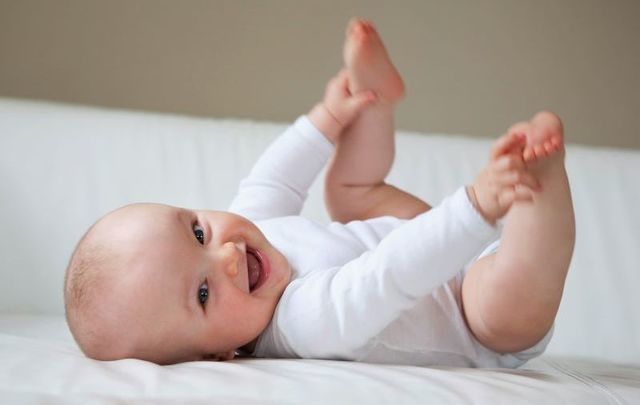 If you've been searching for a baby name that will stand out from the crowd, look no further!

These Irish names for boys and girls made the list of the most unique baby names for 2021.

(Pronounced “ash-ling”) An Irish name meaning “vision”  or "dream." It comes from the Gaelic word ‘aislinge’ and refers to an “aisling,” a genre of Irish language poetry from the late 17th century.

Another variation is Aislinn.

Means “a friend" or "beloved" in Irish.

An Anglicized version of the Irish name Eithne, meaning "kernal of a nut or seed" but it is also associated with the name Aidan, which means “little fire."

St Eithne was the daughter of King Leoghaire of Ireland and the sister of Saint Fedelemia. St Eithne and her sister were the first disciples to meet St Patrick.

Derived from the Gaelic word "Éirinn," the name for Ireland.

Eire, a more traditional variation of the name, was the goddess of Ireland.

(Pronounced “mave”) An Irish name meaning “she who intoxicates."

In Irish mythology, Maeve (spelled Maebh) was queen of the fairies and the warrior queen of Connacht.

(Pronounced “may-ra.”) The Irish version of the name Mary.

(Pronounced “shiv-awn”) Another form of the name “Joan,” and means “God has been gracious,"  “God’s grace," or “full of charm.”

Several early Irish queens had this name. A different variation of the name is Shivaun.

An Anglicized form of the Irish surname Ó Coinn, and therefore means "descendant of Conn / Ciunn." As a first name, it means "chief leader" or "wisdom, intelligence."

This name suitable for a boy or a girl, but is currently more popular as a girl's name.

A name of Irish origin that means “descendant of the sad one.”  Alternative variations are Brandon and Brennan.

The Gaelic form of the Latin “columba,” which means “dove," a symbol of peace.

(Pronounced “kill-ian.") Has several known meanings, including “war,” “strife,” and “bright-headed.” The Gaelic word cille means “associated with the church."

Killian is a common spelling of the name.

A Celtic name that meaning “little wolf" or "little warrior."

Anglicized from the Irish word "Conchobhar," meaning “Lover of hounds.”

The name of the king of Ulster in Irish mythology.

An Irish surname now commonly used as a first name, it means “hound (or wolf) of the plain.”

A traditional Irish name dating back to Celtic mythology.

An Irish name that means “red, ruddy. ” A suitable name for a red-headed boy.

Other variations of the name include Flann, Flynn or Finn.

Means “son of Egan." Another Irish surname that can be used as a first name.

An Anglicized form of Cinnéidigh, a masculine given name in the Irish language meaning "misshapen head."

An Irish surname that has become a popular first name for both boys and girls.

The Anglicized version of Ciarán, meaning "little dark one" or "little dark-haired one." The name of Ireland’s first-born saint.

A masculine version of the name Ciara.

A Gaelic name meaning “holy."  Another variation is Nevyn.

Means “champion” in Irish. Another variation of the name is Nolan.

Derived from Gaelic, the name means “deer lover” or “friend of deer.”

In Irish mythology, Oscar was the son of the poet Oisin, and the grandson of the hero Finn MacCool.

An Irish surname that means “illustrious and mighty.” It can also be spelled Rourke.

A very old traditional Irish name that means “little seal." There were twelve saints named Ronan as well as an ancient king of Leinster.

The Irish variation of John. The name means “God is gracious" or “wise, old.”