International Famine Commemoration to be hosted in Phoenix this weekend

The Irish Cultural Center and McClelland Library in Phoenix, AZ will host the 2019 International Famine Commemoration this weekend. 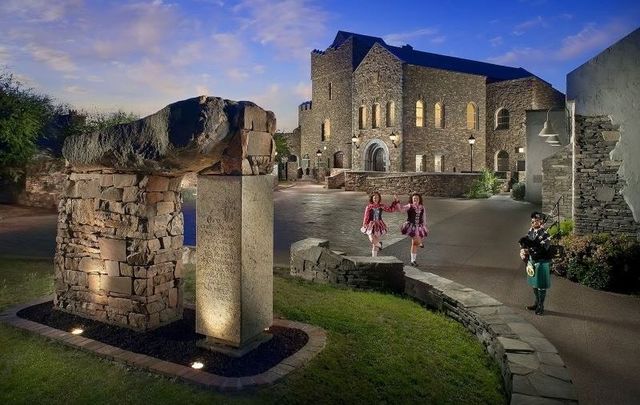 The 2019 International Famine Commemoration will be held in Phoenix, Arizona on November 3, 2019, at the Irish Cultural Center and McClelland Irish Library.

The commemoration will be addressed by a representative from the Government of Ireland, Minister of State Patrick O’Donovan.

Read More: International Famine Commemoration to be hosted in this American city in November

The International Famine Commemoration, supported by the Government of Ireland through the Department of Culture of Heritage and the Gaeltacht and the Consulate General of Ireland in San Francisco, is an annual event that memorializes the Great Irish Famine which took place from 1845 to 1849. During this time, an estimated one million people on the island of Ireland died and another one and a half million emigrated, many to the United States of America.

The commemoration in Phoenix will recognize the enormous contribution of Irish people and those of Irish descent to Arizona and the Western United States. Today, people of Irish ancestry comprise roughly 10 percent of all residents in Phoenix.

This year also marks the 20th anniversary of the dedication of the An Gorta Mór, The Great Hunger Memorial, at the Irish Cultural Center and McClelland Library. This monument, designed by Phoenix artist Maureen McGuire, was the first structure built on the Irish Cultural Center site in 1999. The arch reflects a Celtic passageway, symbolizing entry from the old world to the new, from despair to hope, from oppression to freedom.

In advance of the official commemoration on November 3, members of the press are invited to a meet and greet with Ireland’s Minister of State for Finance and Public Expenditure and Reform Patrick O’Donovan, Consul General of Ireland to Western U.S. Robert O’Driscoll, and Arizona’s Irish Cultural and Learning Foundation President Leslie Thompson to learn more about the commemorations, the celebrations due to take place at the Irish Cultural Center and to take a tour the one-of-a-kind facility.

Due to high demand and limited seating, RSVPs will be required to attend the Commemoration Ceremony activities from 10:30 am – 1 pm. Register here.

About the International Famine Commemoration: The Great Irish Famine is considered a formative moment in the relationship between Ireland and the United States and many Irish Americans trace their families’ journey to the U.S. during the Famine or the period immediately afterward.

This year’s commemoration will honor the memory of those who left Ireland during the Famine itself, the subsequent years of emigration which saw many Famine Irish and their descendants make an enormous contribution in the Western U.S., and the ongoing role of the Irish diaspora and Irish-Americans in Arizona and throughout the Western U.S.

Facts about Irish influence in Arizona: