For the fifth time, Ireland's International Famine Commemoration will be hosted in an American city. 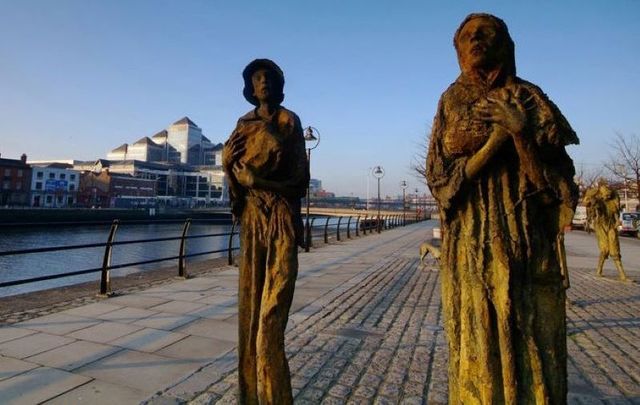 This American city has been chosen for the 2019 International Famine Commemoration. Ireland's Content Pool

TD Josepha Madigan, Minister for Culture, Heritage and the Gaeltacht and Chair of the National Famine Commemoration Committee, announced this week that the 2019 commemoration will be held on Sunday, November 3 in Phoenix.

“I am particularly pleased that the Commemoration is being held in Phoenix this year as 2019 marks the 20th anniversary of the dedication of the Great Hunger Memorial commissioned by the Irish Cultural Center.”

“This year’s commemoration represents an opportunity to not only recognize the work of the Irish Cultural Center and McClelland Library in Phoenix itself but to honor the memory of those who left Ireland during the Famine itself, the subsequent years of emigration which saw many Famine Irish and their descendants make an enormous contribution in the Western U.S., and the ongoing role of the Irish diaspora and Irish-Americans in Arizona and throughout the Western U.S.”

The Famine memorial at the Arizona Irish Cultural Center (AZIrish.org)

Have you attended a Famine commemoration event before? Let us know in the comments