Examining the ancient Celtic festival of Lughnasa, marking the start of the harvest season, the end of months of deprivation, and what has now become Ireland's August Bank Holiday weekend. 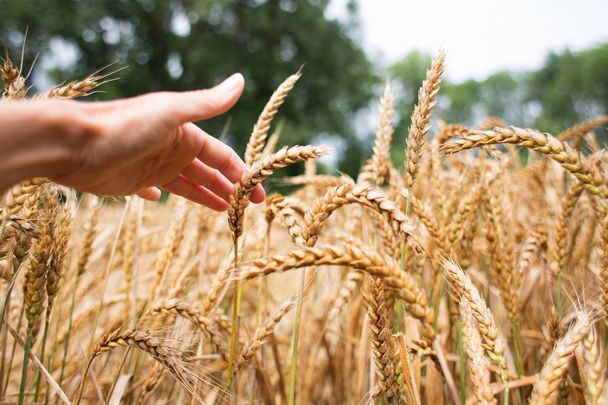 The month of August sees the ancient Celtic festival of Lughnasa, celebrating the harvest with feasting, fairs and sports.

Abundance, feasting and celebration—the ancient Celtic festival of Lughnasa (pronounced Loo-nah-sah) marked the start of the harvest season and with it, the end of months deprivation. In modern Irish, Lunasa is the name for the month of August and over the August Bank Holiday weekend, traces of the ancient festival survive in modern celebrations.

Traditionally, the month of July was a hungry month, awaiting the spoils of the harvest, and the Lughnasa feasting in August. Like many ancient pagan festivals, the date was co-opted and marked with a Christian festival. The last Sunday in July became a date of Christian pilgrimage, commonly known as Garland Sunday.

One of the most famous Garland Sunday traditions is climbing Croagh Patrick in Co Mayo. Known as ‘Ireland’s holiest mountain’, St Patrick is said to have spent 40 days fasting there. In the area the day is known as Reek Sunday and the most hardened pilgrims make the rocky mountain climb barefoot, and masses are said between 8.00am and 2pm in St Patrick’s Oratory, the church sitting at the top of the mountain. 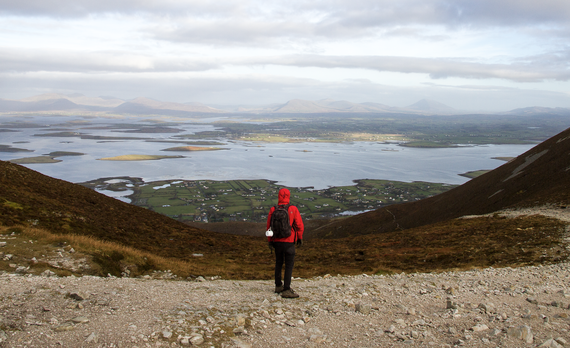 Garland Sunday is marked at many other sites across the country, and whether it be Celtic ritual or Christian pilgrimage, climbing a hill is often part of the tradition and Keshcorran Hill in Co Sligo, Mount Brandon in Co Kerry, Slieve Donard in Co Down and Máméan in the Maum Turk Mountains in Connemara, Co Galway are other sites where you can mark the day.

At Keshcorran Hill, near the south Sligo village of Kesh, Garland Sunday festivities begin in the afternoon. The holy hill is topped by Neolithic monuments and is the home of the extraordinary Kesh caves, said to have been the hiding place of lovers Diarmuid and Grainne. People traditionally climbed the hill on Garland Sunday, but today the Garland Sunday festivities include the popular King of the Hill run and family-friendly activities from bouncy castles to dog shows.

Elsewhere in Co Sligo, the Garland Sunday celebrations begin early in the morning at the holy well of Tobernalt, just outside Sligo town. The Bishop of Elphin would celebrate the first mass of the day there at 6am; with the faithful walking in pilgrimage from the town, or travelling by boat up the Garavogue river.

In other parts of the country, the same day is known by other titles—Hill Sunday, Lammas Sunday, Bilberry Sunday or Crom Dubh’s Sunday. Crom Dubh (crum doov) was a dark old evil god, the opposite of the youthful sun god Lugh, after which Lughnasa is named. In mythology, the gods fought and Lugh vanquished Crom Dubh to win the harvest back from the underworld.

The proper date to celebrate Lughnasa is said to be the cross-quarter day between summer solstice on June 21st and autumn equinox on September 21st—it is traditionally held on 1st August, though some of the celebrations in recent centuries have shifted to the Sundays nearest this date.

The festival is named after the god Lugh Lamhfada (Lugh of the Long Hand). He was said to be a polymath, highly proficient in many arts simultaneously—a wright, a smith, a champion, a swordsman, a harpist, a hero, a poet, historian, a sorcerer, and a craftsman—and for this reason, was accepted into the court of the gods, the Tuatha Dé Danann. He is also said to have invented the game of fidchell (an Irish equivalent of chess) as well as ball games and horse racing.

The Lughnasa tradition of games is said to be in honour of Lugh’s foster mother Tailtiu (The Great One of the Earth, the last queen of Fir Blog). Legend has it that having cleared away forests to open up rich farmland, she collapsed with exhaustion and with her dying breath asked Lugh to hold sporting games in her honour every August. The Olympic-like games Lugh initiated were known as the Assembly of Talti, taking place at the townland that bears her name, now called Teltown, in County Meath.

The Tailteann Games are thought to have occurred from around 1600 BC and died out around 1171 AD, but while the festival ran, it was a massive event with not only athletics contests, but trading, feasting and matchmaking. The name was carried on by Cycling Ireland, which founded an annual 8-day international cycling stage race race in 1953 and dubbed it the Rás Tailteann (it is now known simply ‘the Rás’). Athletics Ireland also nods to the ancient festival with the name Tailteann Games denoting its annual schools inter-provincial championships.

Traditionally the Lughnasa fairs would have stalls laden with the spoils of the harvest, and feasting fare would include the first new potatoes of the season, served with meat, and followed by barmbrack (a fruitcake made with bilberries). 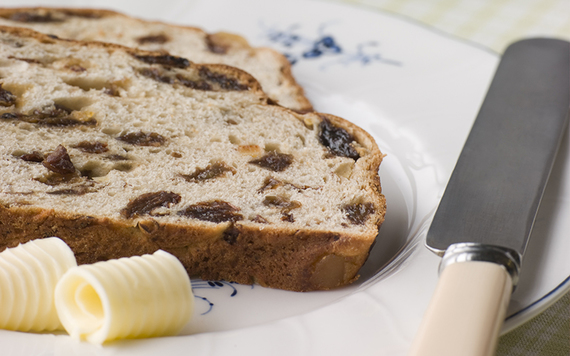 Bilberries (sometimes known as European blueberries), have a variety of names in Ireland, from the Gaelic, fraughans or frachóg, to whortleberries, huckleberries, whinberries, blaeberries, heatherberries.

They have been used as food, medicine and dye throughout the ages. Mostly found on heathland and damp mountainsides, the fruit is bitter to eat from the shrub, but full of vitamin C and tasty when plenty of sugar is added in baking.

For the young men and women, going bilberry foraging was a chance to do a bit of wooing, and traditionally the young women would bake a bilberry cake and present it to the object of their affections.

As a harvest festival, food is central to the festivities and rituals. Grain was symbolically important and the cutting of the final sheaf was marked by making corn dollies, which represented the spirit of the grain.

As with many other pagan festivals, the Catholic Church has aligned its celebrations with the dates, and it is not uncommon for blessings of the farms and fields to take place around this time in rural areas. The August Bank Holiday weekend is one of the liveliest of the year in Ireland, with all sorts of community and music festivals taking place (in a normal year). In Waterford, the annual Spraoi street festival and arts extravaganza takes place in the city, while a new music festival, All Together Now, occurs the same weekend in the country estate of Curraghmore House, the historic home of the 9th Marquis of Waterford.

On the Dingle Peninsula in West Kerry, the villages of Cloghane and Brandon unite for a combined Féile Lughnasa, the highlight of which is a humorous and creative fancy dress parade through the village of Cloghane. The festival weekend also features paddle boarding, boat races, and hill walks to the summit of Mount Brandon. The Sunday is know as Crom Dubh Sunday, referring to the evil underworld spirit who was defeated by Lugh in order to reclaim the harvest.

Nearby in Killorglin, Co Kerry, the Puck Fair (on 11-12 August) is thought to be descended from Lughnasa celebrations. The oldest fair in Ireland, it celebrates the Puck, a male wild goat who is the centre of the festivities, while horse fairs and cattle sales bring people from all around. Some theories suggest the Puck was a pagan fertility symbol, a good luck charm for a fruitful harvest.