Celebrating halfway to St. Patrick's Day with the best parades in North America

With September upon us, we're officially on the six-month countdown to St Patrick's Day 2022! 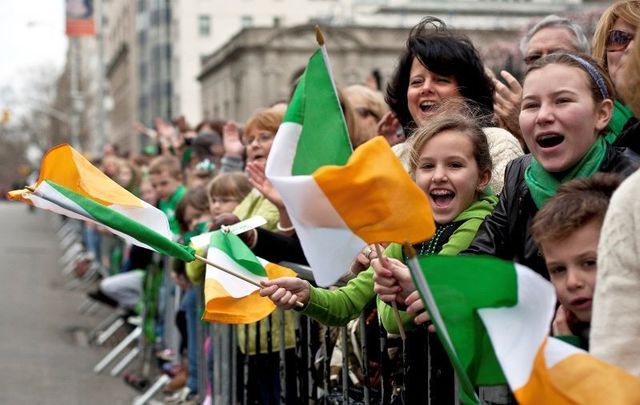 It's the 1st of September and that can only mean one thing... it's halfway to St. Patrick's Day! Here is our list of the biggest and best parades in North America.

St. Patrick's Day continues to grow in popularity worldwide each year and on March 17, cities, towns, and villages across North America turn green and pull out all the stops to mark St Patrick's Day.

Who knows, maybe you will travel to one of these places for your next St Patrick's Day celebrations!

Of course, the New York parade gets a mention with the Big Apple playing host to the biggest St. Patrick’s Day celebration in the world as more than two million people gather annually for the city’s grand parade.

The first parade was held on March 17, 1762 — fourteen years before the signing of the Declaration of Independence... meaning that New York City’s St. Patrick’s Day parade is older than the U.S. itself!

The parade route goes up Fifth Avenue beginning at East 44th Street and ending at East 79th Street. The parade is enormous with over 150,000 participants of performers, bands, bagpipers, and dancers taking part.

The New York City Saint Patrick’s Day Parade is all about community and from its earliest days has been run entirely by volunteers, many of whom come from generations of families dedicated to the organization of the parade.

The Montréal St. Patrick’s Parade was first held in 1824 and is the longest-running of its kind in Canada.

During the three-hour parade, hundreds of floats, marching bands, performers, and revelers march along Sainte-Catherine Street with general attendance runs anywhere from 250,000 to 700,000.

The parade not only boasts a Grand Marshal in a black top hat, a Queen and a Princess, and the Pipes & Drums of the Black Watch Royal Highland Regiment of Canada, but numerous other community groups that reflect the diversity of the city.

If you need even more proof that Montréal is worth visiting during March, National Geographic previously voted the city as one of the top 10 St. Patrick’s Day celebrations in the world!

The tiny Caribbean volcanic island of Montserrat is the only country besides Ireland where St. Patrick’s Day is a public holiday, but not for the reason you might think.

The Irish were some of Montserrat’s earliest settlers, and, on St. Patrick’s Day in 1768, the African slaves on the island planned an uprising that failed. St. Patrick’s has now become a ten-day festival to honor that rebellion, to celebrate the island’s history, to contend with the lasting Irish influence.

Many Montserratians have Irish last names, the Irish Catholic village names have been largely retained, and the colors of Montserrat’s traditional dress are orange and green.

On March 17, 1737, as a gesture of solidarity among the city’s new Irish immigrants, Boston’s Irish community joined together in festivities of their homeland and to honor the memory of the below Patron Saint of Ireland. Banquets and parades to celebrate the occasion became common, with Boston’s early St. Patrick’s Day Parades occurring downtown by the Ancient Order of Hibernians.

In 1901, the parade moved to South Boston, a neighborhood that was not only home to a robust Irish community but was the site of Dorchester Heights, where the evacuation of British troops from Boston on March 17, 1776 was made possible and is commemorated. Given the significance of both the St. Patrick’s Day and Evacuation Day holidays, the parade came to honor both. Starting in 1901, the annual parade became a dual-hatted celebration of St. Patrick’s Day and Irish heritage, as well as military service and the commemoration of Evacuation Day.

Each year, the parade occurs on the Sunday closest to March 17th, with a commitment to keeping alive the tradition of honoring heritage and service.

Georgia’s first city has been hosting a St. Patrick’s Day parade since 1813 and is one of the largest and most recognized in the world!

On March 17 in 1824, the Hibernian Society president invited the public to join him on a walk through Savannah’s streets to go hear a speech from Bishop John England, the founder of the diocese of Charleston. And so, the city’s first public St. Patrick’s Day parade went down in the history books.