A proposal for all Gaelic speaking Scottish housing estates might save the language, supporters say. 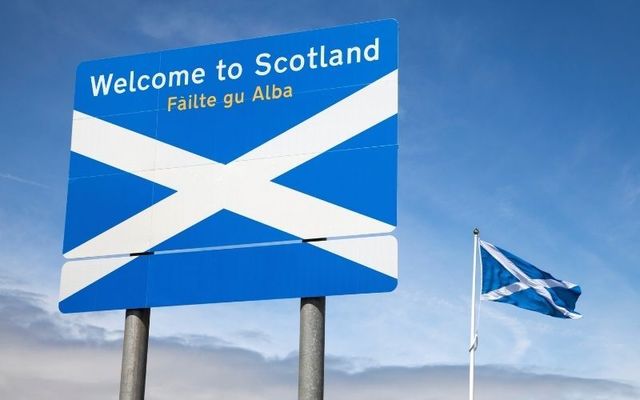 A "Welcome to Scotland" sign featuring a Gaelic translation. Getty

Gaelic-speaking communities in Scotland are in danger of dying out, according to the country's Finance Secretary.

Kate Forbes, a Scottish Nationalist Party (SNP) politician who speaks the language, has proposed a scheme that would potentially develop Gaelic-speaking housing estates to preserve the language.

Forbes told the Sunday Times that the language is in danger of dying out and that urgent action was required to save it.

"I think we need to take increasingly positive action and intervene in trying to support Gaelic-speaking communities," Forbes told the Times.

However, she conceded that a similar Gaelic-speaking housing scheme on the Isle of Skye had raised issues of "perceived discrimination".

"The one caveat I’d make is that you cannot artificially create communities. Right now I would far rather focus on saving what we have," she said.

Groups campaigning to save the Gaelic language in Scotland have previously called for the consideration of Gaelic-speaking housing estates in Scotland, pointing to similar initiatives that have helped preserve the Irish language in Ireland.

A recent study by the University of Highlands and Islands in Scotland has concluded that the social use of Gaelic is at the point of collapse in Scotland, while Forbes told an online discussion group that "the frontier of Gaelic-speaking communities is constantly receding".

"My forebears would have grown up in a community in Applecross where it was just naturally spoken. Now it won’t be," she said as she proposed the creation of Gaelic-speaking housing estates.

Forbes's suggestion has been criticized by members of the Scottish Conservative party, who claim that Gaelic-speaking housing estates would be "dangerous and divisive".

Alexander Stewart, the housing spokesman for the Scottish Conservative party, said that Forbes's proposal was "unhelpful".

"Housing should be available on a needs basis for Scots, not on if you speak English or Gaelic over the breakfast table. The focus should be on delivering roofs over people’s heads rather than unhelpful ideas like this," Stewart told the Sunday Times.

However, Donald Cameron, a Scottish Member of Parliament representing the Scottish Conservative party, said that the party was "determined" to do something about the state of the language in Scotland.

The language is also considered at risk of dying out by UNESCO, who has placed it on its list of imperiled languages. Only 1.7% of Scottish people have Gaelic language skills, according to a 2011 census.

The census found that only 87,100 people had basic Scottish Gaelic skills, while just 32,400 could converse fluently.

In 2018, the Scottish Government devoted £27 million ($37 million) in its annual budget to help save the language, but it has continued to decline in the two years since.