"Welcome Back," created by AMV BBDO in London, was voted the best TV ad to debut in May-June. 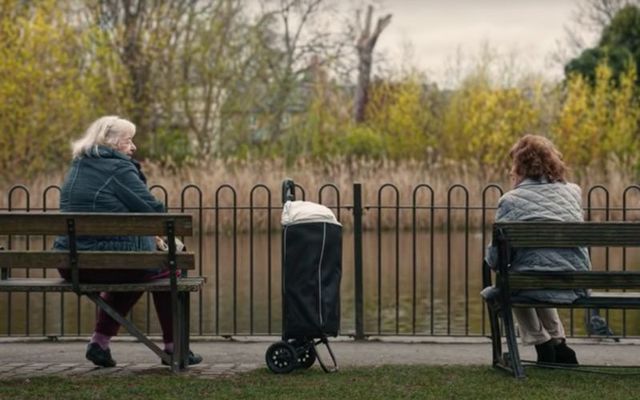 The Guinness "Welcome Back" TV ad, created by AMV BBDO, has won an award for its creativity. YouTube/GuinnessEurope

A Guinness commercial has won a TV Creativity award from Thinkbox Academy.

"Welcome Back," created by AMV BBDO in London, was voted the best TV ad to debut in May-June, and beat four others to claim the Thinkboxes award.

The Thinkboxes, in association with Campaign, are bi-monthly awards that celebrate the UK’s TV ad creativity.

The emotional yet clever Guinness ad, which marked the reopening of pubs and restaurants following the COVID19 lockdown, featured a series of black-and-white thematic images, each one calling to mind a frothy black pint.

The #LooksLikeGuiness images set were set against Jack Savoretti's heartfelt rendition of the classic ballad 'Always On My Mind.'

According to Neil Shah, head of Guinness Great Britain, the campaign was an "ode to pubs"  -- a toast to the reopening of pubs and bars in the UK.

“We were looking to celebrate the reopening of hospitality, post-lockdowns, and tap into the anticipation of people longing to return to the pub for a pint of Guinness with their mates," he told Campaign.

AMV BBDO executive creative director Nicholas Hulley said: “After the first lockdown in the UK, what we discovered from social listening and speaking to our customers is that Guinness was the most anticipated pint when lockdowns ended.”

The creative team, Jack Watts and James Cambridge, “built on the insight that when you miss something, you see it everywhere,” said AMV BBDO ECD Nadja Lossgott.

“Applying that idea to the memory structures of the Guinness pint just felt like a really humorous way of bringing the creative brief to life.” And what better time to resurrect the line: 'Good things come to those who wait?'"

The commercial was directed by Chris Balmond, with Outsider as the production company behind the ad.

According to The Drum, the #LooksLikeGuinness campaign followed Guinness’ Raising the Bar initiative, in which the company pledged $42m (£30m) to support hospitality and pub businesses through the pandemic.