It might be over a month to St. Patrick's Day but the festive Irish season, for many, starts with the release of McDonald's Shamrock Shake. 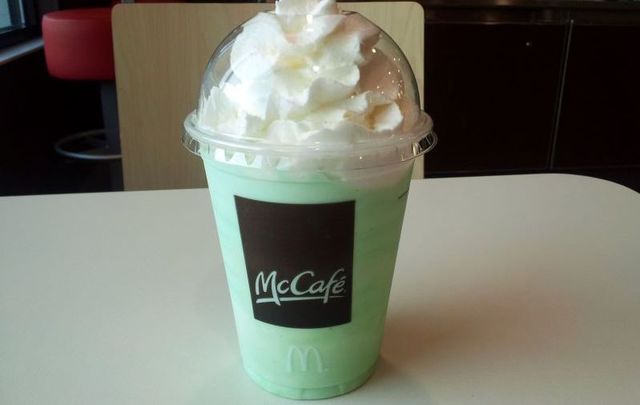 Shamrock Shakes will be making their grand return to McDonald's on February 15, just a month before St. Patrick's Day.

It's official! McDonald's Shamrock Shake will be released in the United States on February 15, 2021, a full month out from St. Patrick's Day, March 17.

All those lovers of the green vanilla holiday treat are in luck! This year the Shamrock Shake will also be joined by the Oreo Shamrock McFlurry.

“For more than 50 years, fans have eagerly awaited the annual return of the Shamrock Shake, counting on the arrival of Shamrock Shake Season to mark the unofficial start to spring,” said McDonald’s Sr. Director of Culinary, Chad Schafer.

“And we heard they especially enjoyed getting a taste of the one-and-only Shamrock flavor in a new way last year with the OREO® Shamrock McFlurry. We know this winter may feel longer than others so we’re thrilled to give customers something to look forward to by bringing both fan-favorites back to the menu this month.”

The beloved Shamrock Shake treat was created in 1966 by a Connecticut McDonald's operator in honor of St. Patrick's Day, but it did not take off nationally until 1970. It's been a hit ever since.