Only 70 bottles of "Chapter Two" from Midleton Distillery's Very Rare Silent Distillery Collection will be released. 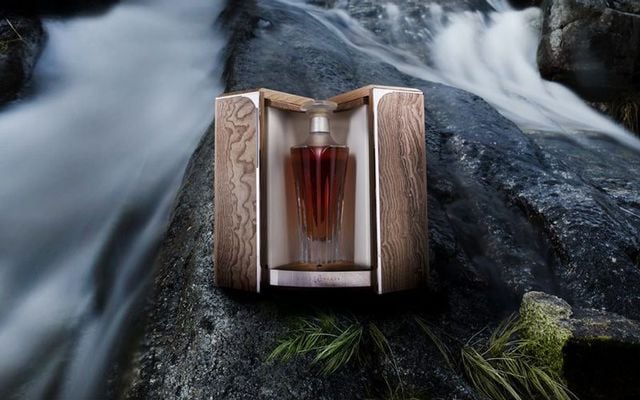 Described as “an exceptional 46-year-old single-pot-still Irish whiskey," it is one of the most expensive Irish whiskies to ever go on sale.

Last year, the first release in the collection, a bottle of extremely rare 45-year-old Irish whiskey, sold for €35,000 a bottle, The Irish Times reports.

A total of six releases are planned for the exclusive collection, with one launched annually between 2020 until 2025.  The whiskies in the collection, which range in age from 45 to 50 years old, come from the Old Midleton Distillery, which operated from 1825-1975.

The whiskey was created and matured by four master distillers. It was initially filled into sherry and bourbon casks under the guidance of Max Crockett and left for more than 20 years.  The whiskey was then recasked into refill bourbon casks by Crockett's son Barry and left again for several years. It was then more recently recasked into new port pipes before finally moved to  a refill bourbon cask under the guidance of Brian Nation and Kevin O’Gorman.

The whiskey comes in a hand-blown Waterford Crystal decanter, with each bottle individually numbered and  displayed in a cabinet handcrafted from reclaimed whiskey vats, as well as ancient elm and rare Japanese tamo ash, by Irish designer John Galvin.

Three bottles of this year’s release will be sold through Midleton's online members' club 1825 Room via a ballot system, the Irish Examiner reports.

The remaining bottles will only available to purchase from certain retailers including Brown Thomas, James Fox and Celtic Whiskey Shop in Ireland along with Harrods and Harvey Nichols in the UK.

In addition, Adare Manor and Ashford Castle in Ireland will offer enthusiasts the opportunity to purchase a glass of the whiskey.