Peaky Blinders whiskey distillery on the cards for Ireland 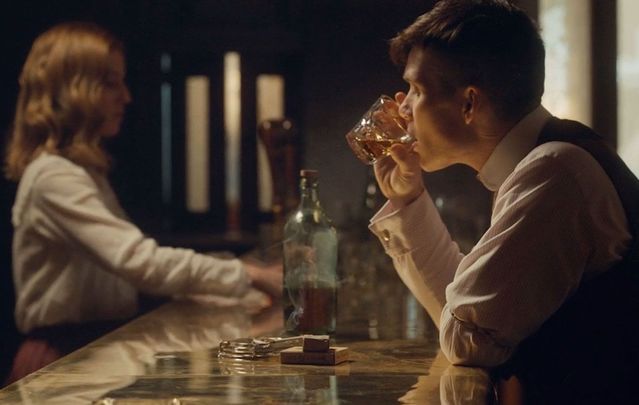 Halewood, which has its headquarters in Liverpool, owns Sadler's Brewery in Lye, near Birmingham, home to the Peaky Blinders the popular period drama starring Cork actor Cillian Murphy in the lead role. In 2014, honoring the BBC drama, Sadler's launched an ale.

It was in 2017 when Halewood bought Sadler's that they also registered the company name "Peaky Blinder", as an official trademark in the beer and spirits category, the Sunday Independent reports.

Read more: How to drink whiskey like a Peaky Blinder

The Brewery has now produced a range of Peaky Blinders spirits, which includes Irish whiskey, gin, rum. Previously its Irish whiskey was made by West Cork Distillers, based in Skibbereen, County Cork.

Halewood also produces Pogues Irish Whiskey and has said it is eyeing up properties across Ireland where it could build a distillery.

Sadler's Brewery has now closed and the company plans to transfer some of its equipment to a site it plans to acquire in Ireland. This equipment would then be used to produce Peaky Blinders Irish whiskey.

Halewood said in a statement: "Due to the very successful growth of Sadler’s Peaky Blinder Irish whiskey, we plan to accelerate a project to distill our own Irish whiskey.

"As a result, we are considering a proposal to move production equipment currently sited at the Sadler’s brewery at Lye in the West Midlands, to a facility in the Republic of Ireland, where we would distill whiskey.

This would be Halewood's first distillery in Ireland. Halewood did have a stake in West Cork Distillers but the Sunday Independent reports that the Irish company bought out their stake for €18m.

Peaky Blinders Irish Whiskey, available from the Celtic Whiskey Shop and elsewhere is described as a blended Irish whiskey "finished in Sherry casks."