Irish whiskey accounted for 22.5% of Irish alcohol exports to China in 2019. 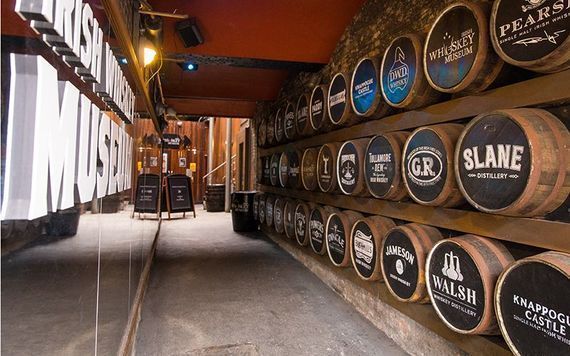 The Irish Government has announced the Irish whiskey and Irish cream will be given special status in China.

Tanáiste and Minister for Enterprise, Trade and Employment Leo Varadkar welcomed the announcement on Monday and said that the agreement was hugely significant for "accelerating exports to China".

Geographical Indications identify products by their quality, design or other characteristics that are related to their geographical origin and the agreement will protect Irish whiskey and Irish cream in the Chinese market.

Chinese GIs including Wuyuan Green Tea and Panjin Rice will also be protected in the EU under the new agreement.

Varadkar said that the agreement was an opportunity for Ireland to improve trade links with China.

"The Agreement also offers Irish consumers the ability to discover China’s own culinary specialties as we strive to further expand our trading links with Asia," Varadkar said after the agreement was announced on Monday.

"This Agreement is a concrete example of cooperation between two of the world’s largest traders and demonstrates the importance of such agreements in building strong trade relations."

Ireland exported over €5 million ($5.96 million) worth of alcohol to China in 2019, with Irish whiskey accounting for 22.5% of these exports and the Irish Government believes that the Chinese market is a high-growth potential market for European food and drink.