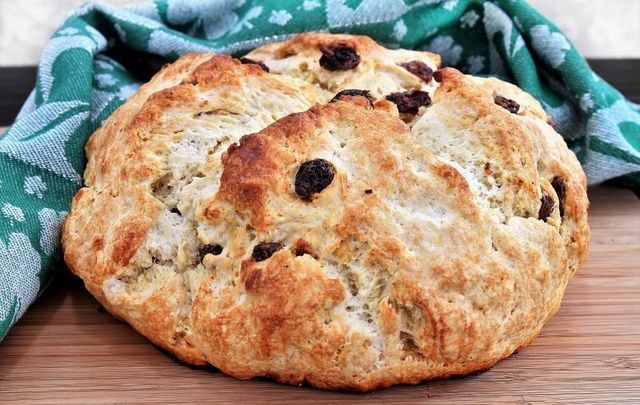 Competitors may only submit one recipe for each category but may enter both categories. Submission is from noon to 1 p.m. on March 5, at the Discover Albany Visitors Center at Quackenbush Square, on Broadway at the foot of Clinton Avenue.

Participants should bring two loaves from exactly the same recipe for each category: one for the judges to taste and one for display.

Entries must be accompanied by a recipe form and two copies of the recipe must be submitted (one for each loaf).  The recipe form should not include the baker’s name. There is a fee of $10 per entry. Entry forms can be found here.

The results of the competition will be announced at 3 p.m.

The top three winners in each category will receive prizes. (Prizes to be announced.) Winners must be present to collect prizes.

The first known written recipe for Irish soda bread was published in the November 1836 issue of the Farmer’s Magazine in London, according to the Society for the Preservation of Irish Soda Bread. The magazine cited the Newry Telegraph, a Co Down newspaper, for the simple recipe of white flour, salt, baking soda and buttermilk.

If a recipe contains anything more than these original four ingredients, such as raisins, eggs, currants, butter, caraway seeds, or sugar, it is not true Irish soda bread and is instead called “spotted dog” or “railway cake."

The Irish American Heritage Museum aims "to preserve and tell the story of the contributions of the Irish people and their culture in America, inspiring individuals to examine the importance of their own heritage as part of the American cultural mosaic. For more information, visit irish-us.org.