Some signature Irish dishes to complement any Thanksgiving table in a happy marriage between Yankee and Gael. 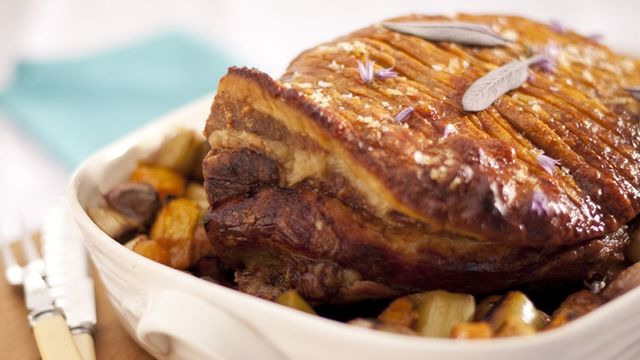 If the Irish had created Thanksgiving it would have been called Giving Out Day. We’re much better at complaining than giving thanks usually, but if there’s one thing we know how to do well it’s cook for a cold climate.

Thanksgiving isn’t an Irish holiday. When you first arrive here as a wide-eyed immigrant you quickly come to see it as the most Yankee event on the calendar, even more so than Memorial Day or the fireworks and flag-waving of the Fourth of July.

That’s because Thanksgiving is a secular holiday that’s open to every citizen regardless of their background or religion (or lack thereof), and unlike Christmas, no one is fretting over what gifts to give or what they’ll cost. The point of Thanksgiving is just to count all the things you’re grateful for – like your family, your health, and that you've survived another year going by.

Clearly, that’s not Irish at all. If the Irish had created the holiday it would more likely have been called Giving Out Day. Ours would have been an annual opportunity to list all of the things that have gotten on our nerves over the course of the year, a thing we can do with an eloquence unmatched in the western world.

Our northerly outcrop of a nation has taught us how to stave off winter with hearty dishes to delight your senses. Over the centuries we have learned what works too, creating time-honored menus that are guaranteed to appeal to every guest.

In recent decades, Ireland’s farm-to-table tradition, where food is minimally processed – in most cases organic and washed and cooked and then on your plate – has caught the world’s attention. Nothing beats produce grown in your own country in tune with the seasons and harvested at the optimum moment.

At the forefront of this cooking, revolution is Ireland’s national treasure Darina Allen, the chef and cookbook writer at the head of the world-famous Ballymaloe School in West Cork. 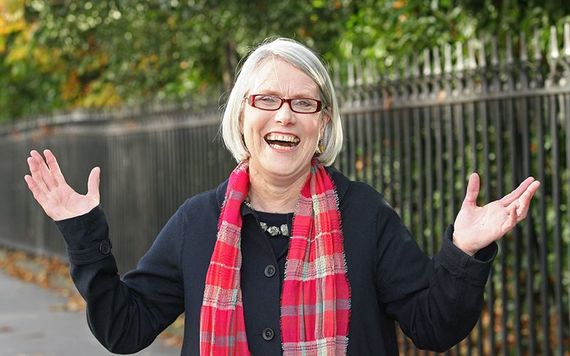 For four decades Allen has practiced and promoted the Irish cooking philosophies and recipes of the traditions she, in turn, inherited from Myrtle Allen, the “matriarch of Modern Irish cuisine,” a woman as important to contemporary Irish cooking and baking as Julia Child has been to American cooking.

Irish culinary know-how brought to a Thanksgiving table can result in unexpectedly happy marriages. That’s because we cook winter root vegetables in a myriad of ways that are always a big hit.

This starter recipe for winter leek and potato soup is easy to make, surprisingly hearty and flavorful, and belongs in any cook’s repertoire.

Melt the butter in a heavy saucepan over medium heat. When it foams add the potatoes, onions, leeks and turn them in the butter until well coated. Sprinkle with salt and freshly ground pepper. Cover with saucepan lid and sweat on a gentle heat for 10 minutes, or until the vegetables are soft but not colored.

Add the chicken stock, boil until the vegetables are just cooked. Do not overcook or the vegetables will lose their flavor. Using a hand blender liquidize until smooth and silky. Taste and adjust seasoning. Garnish with a blob of cream and some finely chopped chives.

We know you know how to cook a turkey, so here’s an Irish recipe for a slow-roasted shoulder of pork to complement your efforts that will go nicely instead of the usual ham side. Simply put the pork in the oven in the morning and by dinnertime, you’ll have the most succulent and tender piece of meat.

The shoulder is one of the cheaper cuts of pork, but according to Rachel Allen (daughter-in-law of Darina) in her book "Rachel’s Irish Family Food," when cooked correctly, it is definitely her favorite.

Preheat the oven to 425°F. Score the rind of pork in a crisscross pattern at quarter-inch intervals, cutting through the fat but not into the meat itself (you can ask the butcher to do this for you if you prefer).

Sprinkle over one tablespoon of salt, rubbing it into the lines scored in the fat, place the pork in a large roasting pan, and roast in the oven for 30 minutes. Decrease the temperature to 300°F and continue to cook the pork for another five hours.

Remove from the oven and turn the temperature up to 425°F. Pour off the fat into a bowl, leaving any juices in the pan. Place the garlic, squash, leeks and sage leaves around the pork. Pour over three tablespoons of the reserved fat, season again with salt and pepper, and toss the vegetables into the pan.

Return to the oven for 40 to 50 minutes, until the pork rind has turned into delicious crackling, and the vegetables are cooked through and golden. Serve from the pan or transfer to a large plate.

What to do with all those leftovers? The Irish love to make leftover pies and we’re terrific at it. After Thanksgiving, you’re usually left with turkey and ham and an abundance of mashed potatoes.

Preheat the oven to 350°F. Melt two tablespoons of the butter in a large saucepan over a low heat. Add the onion and fry gently for eight to 10 minutes, until completely soft but not browned. Remove from the pan and set aside. Increase the heat and add the remaining two tablespoons of butter to the pan. Tip mushrooms into the pan and sauté for four to five minutes until they are soft and golden brown.

Return the onion to the pan and pour in the cream and stock. Bring to a boil, then decrease the heat, simmer for three to four minutes, until the sauce has thickened a little. Add the turkey, ham, and tarragon and season with salt and pepper to taste. Pour into a shallow three-quart gratin dish and set on a baking sheet and spread evenly. Top with spoonfuls of mashed potato, spreading it with a fork.

Bake for 20 to 30 minutes in the oven, until golden brown on top and bubbling hot.