These are the most popular international cuisines in Ireland

Dining in Ireland has come a long way from just meat and potatoes! Irish people are quite fond of these five international cuisines. 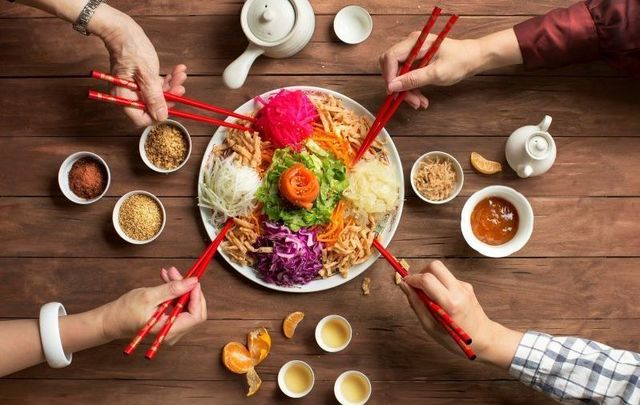 Can you guess what Ireland's favorite international cuisine is? Getty Images

Dining in Ireland has come a long way from just meat and potatoes as international cuisines, including Italian, Chinese, and Thai, are growing more and more popular across the country.

Read More: This Irish city has been named the top foodie destination for 2020

Writing for the food blog Chef’s Pencil, Caroline Williams analyzed data obtained from Google Trends in order to identify the most popular ethnic cuisines in Ireland. The data analyzes not only what Irish people are eating in their homes, but also what foods they’re searching for when they go out to eat.

According to Google Trends, these are the top five international cuisines in Ireland:

Williams says that despite less than 20,000 Chinese people living in Ireland, their national cuisine has quickly become beloved by the Irish.

According to the data, Chinese food is the most popular in Lucan and Swords in Dublin, as well as Waterford.

Williams notes that despite a “serious rivalry” in the past, there is a “thriving Italian community in Ireland."

Italian food is most popular in Dublin, Cork, and Lucan.

Williams notes that a pivot to healthier eating may attribute to Thai food’s popularity in Ireland. “Using lots of green vegetables, seafood, and white meat flavored with herbs and spices, Thai food is really healthy and, of course, incredibly tasty.

“It’s not just Google data recording the preference for this harmonious and pungent cuisine. A leading survey a couple of years back by the Taste of Dublin website found Thai was the second most popular ethnic food in the country.

Thai food is most popular in Swords, Dublin, and Galway.

“The first Indian restaurant opened in Dublin in 1908 and their number has been growing ever since," writes Williams.

“In some places, while Indian immigrants set up restaurants, the restaurants themselves encouraged others to make the move – they needed proper chefs, of course. The Taj Mahal, for example, set up in 1966, brought chefs over to produce the delicious food it is known for.

Indian food is most popular in Lucan, Dublin, and Cork.

Williams credits Lily Ramirez-Foran and her Dublin shop Picado Mexican for helping introduce Ireland to Mexican food over the past two decades.

Dublin was the only place in Ireland to receive a "significant score" in relation to Mexican food.

How the data was analyzed

Google Trends provides data on a whole range of topics, including national cuisines, and allocates a score that indicates the level of interest in the topic. For example, Japanese cuisine will comprise hundreds or thousands of searches related to the topic such as Japanese restaurants, Japanese rice, sushi, sushi recipes, and even names of well-known local Japanese restaurants.

Google then counts how often they are used in countries, regional areas, towns, and cities relative to all local searches and allocates a popularity score.

Read More: How to make the perfect Irish curry sauce for your chips

Where's your favorite place to eat in Ireland? Let us know in the comments!