The £73 million ‘Guinness at Old Brewer’s Yard’ is set to open in London's Covent Garden in the fall of 2023. 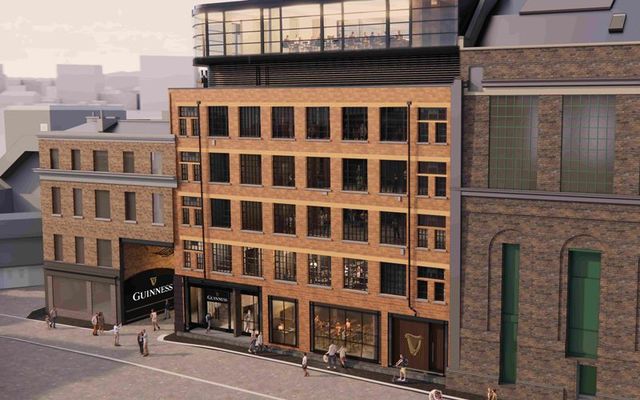 A £73 million Guinness microbrewery and culture hub will be built in London's Covent Garden.

‘Guinness at Old Brewer’s Yard’ is set to open in the fall of 2023, Diageo, the parent company of Guinness, has announced.

The microbrewery and cultural center will be located on a historic brewing site and will cover locations linking Mercer Walk, Langley Street, Neal Street and Shelton Street in Covent Garden. With the new site, Guinness will bring brewing back to an area that first began making beer in 1722.

The venue will create up to 150 jobs for the city and provide a community space within the Covent Garden area.

According to Diageo, the new 50,000 sq ft venue will produce limited-edition beers, some available only at the location, and offer tours with Guinness beer specialists to learn all about the iconic stout. The development will also house a stunning open-fire kitchen, restaurant, and 360 degrees glass rooftop space, as well as a Guinness store selling rare items via collaborations bespoke to the London experience.

Event spaces and a central covered courtyard will host food, drink and cultural events and will be open for use by the local community.

The site will also become the Southern UK hub of Diageo’s  Learning for Life Bartending and Hospitality Program, with the ambition that over 100 London-based students will graduate from the program each year.

In line with Diageo’s ‘Society 2030: Spirit of Progress’ action plan, the newest Guinness hub will be carbon neutral by 2030 and accessible to all when it opens.

Dayalan Nayager, Managing Director of Diageo Great Britain, said: “We’re excited to create a new home for Guinness in the heart of London. ‘Guinness at Old Brewer’s Yard’ will strengthen London’s hospitality community and be a must-visit destination for thousands of visitors to enjoy."

The ‘Guinness at Old Brewer’s Yard’ development builds on Diageo's success of the Guinness Storehouse in Dublin and the opening of Johnnie Walker Princes Street in Edinburgh in 2021.