Guinness Quarter regeneration scheme master plan to be ready by 2022 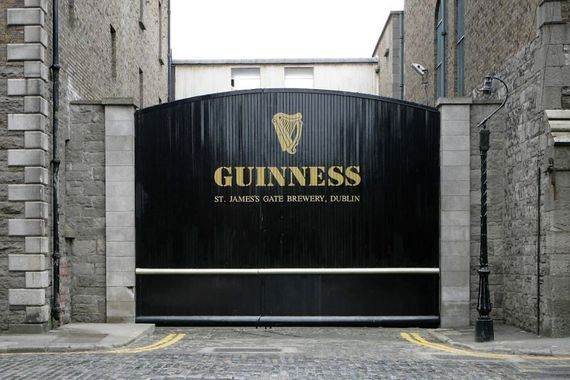 Diageo's vision for a 10-year redevelopment and regeneration of the iconic Guinness Brewery in Dublin is set to go for public consultation later today, although a master plan for the site will not be ready until 2022.

Diageo first announced plans in 2017 to develop 12.6 acres of the iconic complex at St. James's Gate into an urban center complete with housing, offices, and shops called the "Guinness Quarter."

In September last year, Diageo selected Sean Mulryan's Ballymore Homes as its development partner for the project after a rigorous "three-year selection process".

However, a company spokesperson said that the plan had "started from scratch since then".

The redevelopment scheme is estimated to cost €1 billion and will take up roughly 25% of the iconic Guinness Brewery. It will also be the first development in Ireland to be carbon neutral.

Ballymore Homes described the development as "one of the most exciting regeneration schemes in Europe" and added that a masterplan will be ready to go before Dublin City Council by next year.

Meanwhile, it has been confirmed that some residential units at the site will be devoted to social housing. Non-profit housing charity the Iveagh Trust will manage the social units.

Public consultation for the development begins on Friday, October 29 at the Digital Hub on Thomas Street and will continue daily from 10 a.m. to 6 p.m. until Friday, November 5.

However, Dublin City councillor Darragh Moriarty criticized the lack of detail about the delivery of housing, office, and cultural space.

The Labour Party councillor said that the lack of detail was "disappointing" and added that it would be difficult for people to give feedback during the next week of public consultation.

"It is just a PR exercise. What do they want people to give feedback on? They will have to get serious about engaging with local people and stakeholders," Moriarty told RTÉ.