Diageo, parent company of Guinness, is celebrating the success of the conclusion of its ambitious 2020 Sustainability and Responsibility Goals. 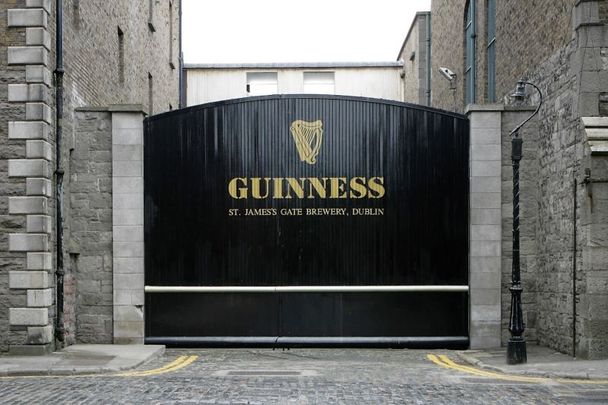 The Guinness Storehouse has been reducing its emissions in line with Diageo's sustainability goals. Ireland's Content Pool

Guinness parent company Diageo has completed an ambitious sustainability campaign by reducing greenhouse gas emissions by half across the entire company.

Originally set in 2008, Diageo's 2020 Sustainability and Responsibility Goals sought to reduce the company's impact on the environment in addition to encouraging responsible drinking.

The goals were implemented over a five-year period between 2015 and 2020, with greenhouse gas emissions reduced by 509,000 metric tonnes in the period - 50% of the company's emissions.

Over 99.5% of Diageo packaging is now fully recyclable, the company said, while the company has replenished 100% of the water it uses in water-stressed areas.

Diageo has replenished the equivalent of 560 Olympic-sized swimming pools in water-stressed areas and has also supported 250,000 people through its campaign for clean water, sanitation and hygiene.

Furthermore, Diageo has reduced its water use by 46% through increased water efficiency, albeit this was slightly below the company's target of 50%.

The company also set out to encourage responsible drinking as part of its goals and successfully reached 229.2 million with messages about drinking in moderation over the five-year period.

Diageo says it supports the World Health Organization's goal of reducing harmful drinking around the world by 10% by 2025 and says that it helped to educate around one million children, parents, and teachers about the dangers of underage drinking.

The drinks company also set out to increase diversity in the workplace as part of the goals and 39% of all leadership positions in the company are now held by women, going beyond the 35% target.

Ewan Andrew, Chief Sustainability Officer at Diageo, said that the company was "incredibly proud" of the progress it had made.

"Through our programs, we have made a positive impact on millions of people, in communities all around the world. We have been agile and moved quickly to adapt to the global changes around us. We are excited about the decade of action ahead and will continue to lead the way," he said.