WATCH: Guinness celebrates the re-opening of Irish pubs with a lively new campaign

There's a little bit more waiting to do before Irish pubs re-open but in the new video campaign by Guinness, they show the wait is worth it. 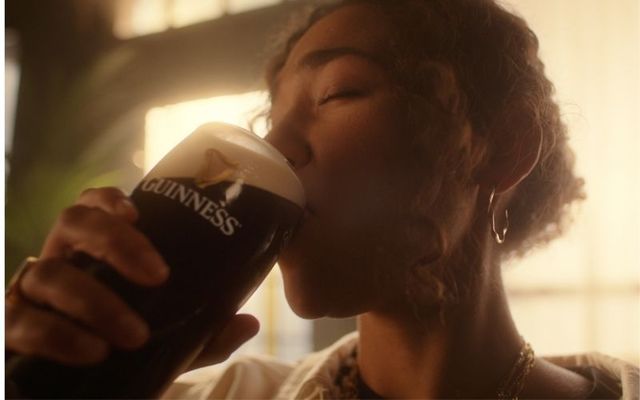 Ahead of the re-opening of Irish pubs and bars, Guinness has launched a video celebrating the joyful anticipation experienced before that first sip of Guinness.

Pubs and bars across Ireland are expected to re-open for outdoor service in early June. Until then there's a little bit more waiting to do, but in the new video campaign by Guinness, they show the wait is worth it.

The campaign celebrates the joyful anticipation experienced before that first sip of Guinness. Appetite appeal and distinctive Guinness charm is coupled with the infectious energy from the music track.

The inspiration for the campaign came from the distinctive qualities of Guinness - the unique and mesmerizing surge, the settle, and the beautiful creamy head on the liquid.

The video opens with a series of beautiful liquid shots; demonstrating how the liquid comes alive in the process of being poured. Intertwined with the liquid, dancing hands skate across a tabletop – showing the playful anticipation of awaiting a beautiful pint of Guinness. The ad finale shows someone finally enjoying their awaited sip.

Alicia Cliffe and Laurens Grainger, the creatives behind the campaign, said, ‘We wanted to make a fun film that reminds people how unique and tasty a pint of the black stuff is. The dancing hand punctuates the deliciousness of the liquid shots - showing us that even though the wait for a Guinness is long, it’s worth every second.’