It’s officially time to break out the scarves, rain boots, and leaf rakes and more importantly start looking for the fall recipe collection. 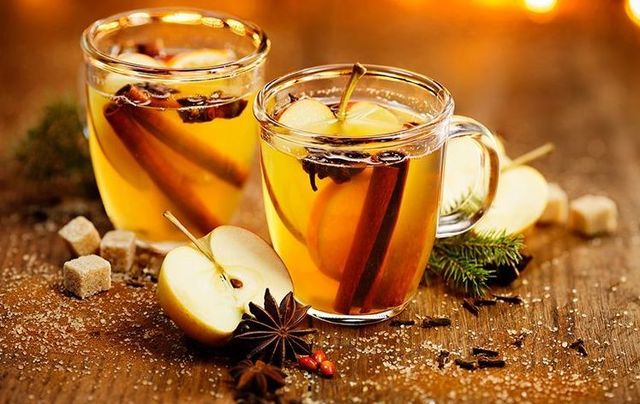 Time to break out the scarves, rain boots, and leaf rakes. Oh, and don't forget to add these delicious recipes to your Autumn recipe collection! Getty Images

When we think of fall, the first food we think of is apples. Why apples? Well, we’re not really sure — it’s what we do, it‘s probably due to the fact that this is apple harvest time in Washington or maybe it’s the whole back-to-school, the give-the-teacher-an-apple scenario that we associate with early fall, or the candied apples we ate during Halloween as kids.

Either way, apples it is, and this week we are going to be as American as, well, apple pie. We should also get bombed on some cider. But first some trivia.

- 7,500 varieties of apples are grown throughout the world.

- 100 varieties of apples are grown commercially in the United States.

- Apples are grown commercially in 36 states.

- A medium apple is about 80 calories.

- The science of apple growing is called pomology.

- Most apples are still picked by hand in the fall.

- The apple tree originated in an area between the Caspian and the Black Sea.

- Apples were the favorite fruit of ancient Greeks and Romans.

- Apples are a member of the rose family.

Pour cider and maple syrup into a large saucepan.

Bundle the cinnamon sticks, cloves, allspice berries, lemon slice and orange slice in a piece of washed cheesecloth; tie off the bundle at the top using some kitchen string. Drop spice bundle into cider/syrup mixture.

Heat for 5 to 10 minutes or until very hot. Don’t let the mixture boil. 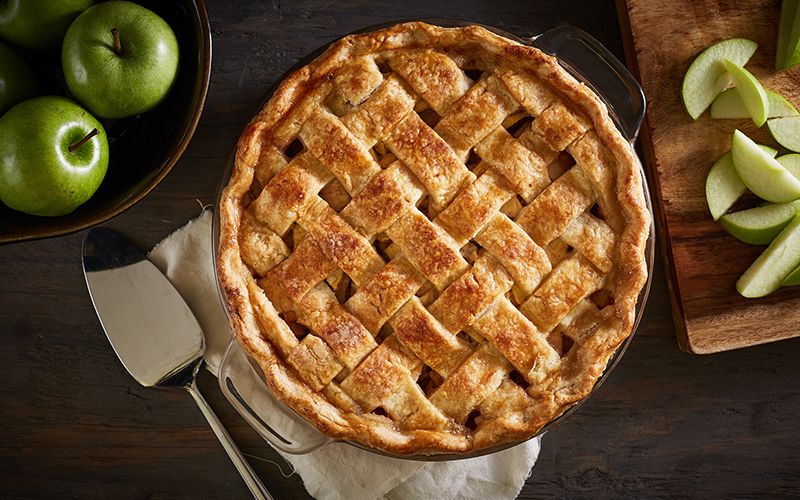 Melt the butter in a saucepan. Stir in flour to form a paste. Add water, white sugar and brown sugar, and bring to a boil. Reduce temperature and let simmer.

Place the bottom crust in your pan. Fill with apples, mounded slightly. Cover with a lattice work crust. Gently pour the sugar and butter liquid over the crust. Pour slowly so that it does not run off.

Bake for 15 minutes in the preheated oven. Reduce the temperature to 350 degrees F.

Continue baking for 35 to 45 minutes, until apples are soft.

The man replies, "It's a family tradition. We always wear apple pies on our heads on Tuesday."

The barman remarks, "But it's Wednesday."

Sheepishly, the man says, "Man, I must look like a real fool."