Manchester has deep Celtic roots in its past

The area was originally a Celtic settlement and the ancient Greeks considered the people of the same tribe as the Irish. 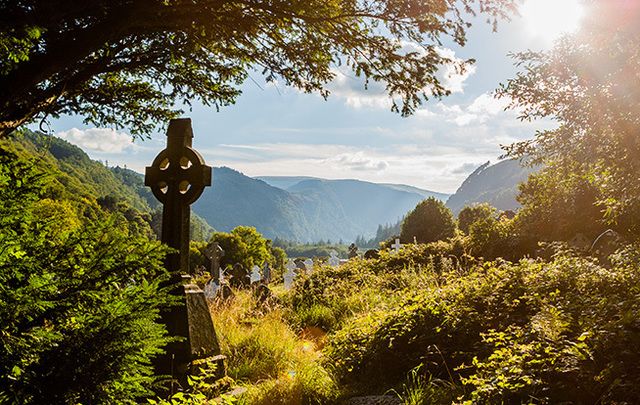 Manchester, so much in the news for very sad reasons, was originally a Celtic settlement, not Anglo-Saxon. The Brigantes were a Celtic tribe who, in pre-Roman times, controlled the largest section of what would become Northern England including Manchester. Their territory was later known as Yorkshire.

The Irish links were strong:  the Greek geographer Ptolemy named the Brigantes as a tribe in Ireland which could be found around Wexford, Kilkenny and Waterford.

Within Great Britain, the territory which the Brigantes inhabited was bordered by that of four other Celtic tribes: the Carvetii (to whom they may have been related) in the North-West, the Parisii to the east and, to the south, the Corieltauvi and the Cornovii. To the North was the territory of the Votadini, which straddled the present-day border between England and Scotland. 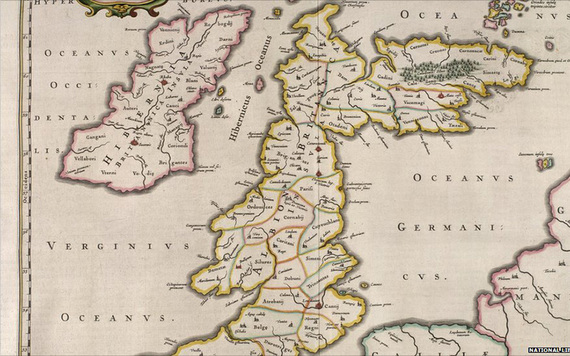 The Greek geographer Ptolemy’s map of Ireland and the UK

The name Brigantes is from the same Celtic root as the goddess Brigantia, *brigant- meaning "high, elevated." The name Bridget from Old Irish Brigit (Modern Irish Bríd) also comes from Brigantī, as does the English river name Brent.

The Brigantes fell afoul of the Romans who first befriended them but later tried to destroy them.

The Roman poet Juvenal, writing in the early 2nd century, depicts a Roman father urging his son to win glory by destroying the forts of the Brigantes. 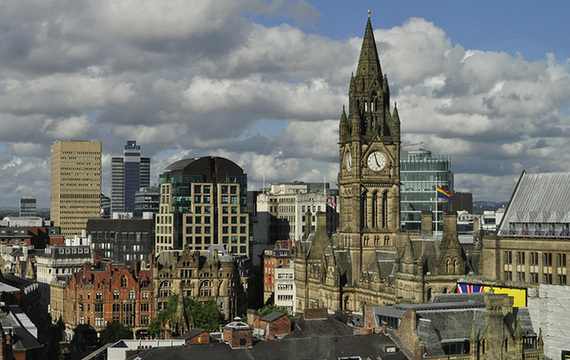 The Brigantes did not take the Romans' supremacy lying down. There appears to have been a rebellion in the north sometime in the early reign of Hadrian, but details are unclear. A rising of the Brigantes has often been posited as the explanation for the disappearance of the Ninth Roman Legion, stationed at York. It is possible that one of the purposes of Hadrian's Wall (begun in 122) was to keep the Brigantes from joining with Scottish tribes.

The Roman historian Tacitus, in a speech put into the mouth of the Caledonian leader Calgacus, refers to the Brigantes, "under a woman's leadership," almost defeating the Romans.

The Irish and Celtic connection continues to the present day. When Manchester United was formed Manchester Celtic was the second choice for its name.