There aren’t many horse owners in Ireland who would eat their horse but they don’t mind selling it for someone else to eat, it seems. 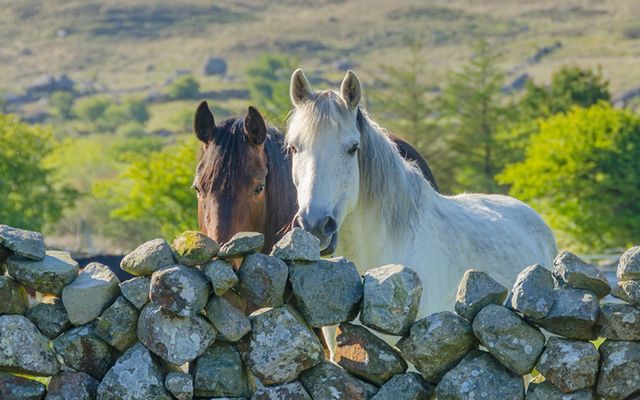 There aren’t many horse owners in Ireland who would eat their horse but they don’t mind selling it for someone else to eat, it seems. iStockphoto

Horse meat isn’t usually sold in Irish supermarkets - but Irish horses are being habitually slaughtered for customers in the rest of the European Union.

However, last year’s 25% increase still leaves the number far below the 24,000 animals taken in by abattoirs in 2011 when at the height of the recession many previously wealthy horse owners were unable to afford their upkeep.

While many horse lovers will be horrified to read of such practices, Conor Dowling, the chief inspector of the Irish Society of the Prevention of Cruelty to Animals (ISPCA), said it’s better than letting an animal suffer.

“We’ve seen so many animals abandoned in bad condition over the past 10 years,” Dowling told the Irish Examiner. “It is certainly favorable for an animal to be humanely destroyed, or slaughtered for meat or put to sleep by a vet.

Read More: The mystery of Shergar, the champion racehorse kidnapped in Ireland

“It is a sad situation that this is what is required, because of over-population, but, sometimes, it might be the responsible thing to do.”

Even racing thoroughbreds worth small fortunes in their primes end up as burgers or steaks.

“It could be horses who have reached an age where they can’t perform anymore, or who don’t make the grade,” Dowling said.

“Some might have some sort of injury and be healthy enough to make the trip to the slaughterhouse, but not to live on indefinitely.”

However, the number of horses slaughtered pales in comparison to the number of cattle and sheep killed in Irish abattoirs. Department of Agriculture figures show 1.6 millions cows and a further 2.7 million sheep were slaughtered in 2016.

While beef, mutton and lamb remain staples of the Irish diet, the sale of horse meat has a controversial history.

In 2013 it was revealed that millions of beef burgers in Ireland had been sold containing traces of horse meat.

The public was aghast and it led to the recall of more than 10 million burgers and urgent questions in the Irish Parliament. Though there was no questions as to the burgers reaching the EU’s food standards, many Irish folk felt they had been duped and would never have bought the burgers had they known they were part horse.

Globally, demand for horse meat has soared in recent years and is particularly popular in France, where it is considered haute cuisine and until recently was usually only sold in specialist shops.

What are your thoughts on horses being killed for meat? Have your say in the comment section.