The worst Irish accents in movies, according to Irish expats in the US

The language-learning app Babbel asked members of Irish expat and heritage organizations in the US to rank Hollywood actors' attempts at an Irish accent. 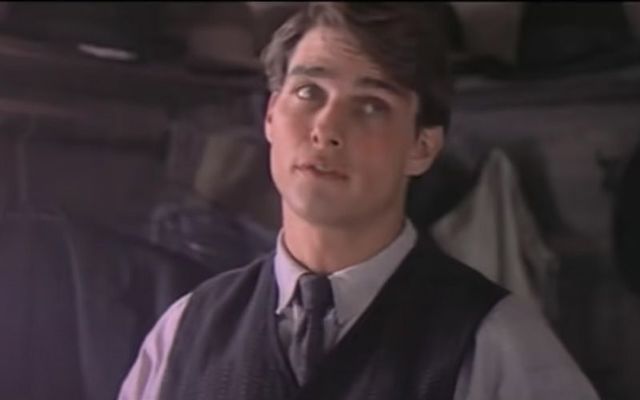 Tom Cruise in 'Far and Away.' YouTube/MovieClips

Irish expats living in the U.S. were asked to vote for the best Irish accent attempted by a non-Irish actor. Here are Hollywood’s best and worst attempts revealed.

The language-learning app Babbel contacted members of several Irish expat and heritage organizations in the US, including The New York Irish Center and The Irish Cultural Center of New England, and asked them to rate American actors attempting an Irish accent.

According to The Irish Post, nearly 20,000 participants were presented with short clips of scenes from the highest-grossing movies in which an American actor played an Irish character. The participants were then asked to give the actors' accents 1 to 5 stars, with 5 stars being the best accent.

The highest ranking went to Meryl Streep, who scored 3 starts out of five for her role as Kate Mundy in ‘Dancing at Lughnasa.’

Brad Pitt got the second-highest spot with a score of 2.6 out of 5 for his portrayal of Francis “Frankie” McGuire in ‘The Devil’s Own.’

Julia Roberts, who played Kitty Kiernan in ‘Michael Collins,’ came in third with a score of 2.4, while Richard Gere scored 2 out of 5 for his role in ‘The Jackal.’

Cameron Diaz as Jenny Everdeane in ‘Gangs of New York’ received a score of 1.8, while her co-star Leonardo DiCaprio got 1.4 stars for his character Amsterdam Vallon. Tommy Lee Jones received 1.7 stars as Ryan Gaerity in ‘Blown Away.’

The stars with the worst rankings were Tom Cruise in ‘Far and Away’ (1.4 stars), Chris O’Donnell in ‘Circle of Friends’ (1.3 stars), and Michael J. Fox,the lowest ranked, for his brief appearance as Seamus McFly in 'Back to the Future III' (1.1 stars).

"There is a tradition of American actors attempting an Irish brogue, and though critics have commented on their success (or otherwise), it seemed right to ask the true experts for their opinion," said Julie Hansen, CEO of Babbel.

Listen to the actors' Irish accents in the clips below and tell us what you think in the comments.

Meryl Streep as Kate Mundy in 'Dancing at Lughnasa' (1998)

Richard Gere as Declan Joseph Mulqueen in 'The Jackal' (1997)

Cameron Diaz as Jenny Everdeane in ‘Gangs of New York’(2002)

Leonardo DiCaprio as Amsterdam Vallon in 'Gangs of New York' (2002)